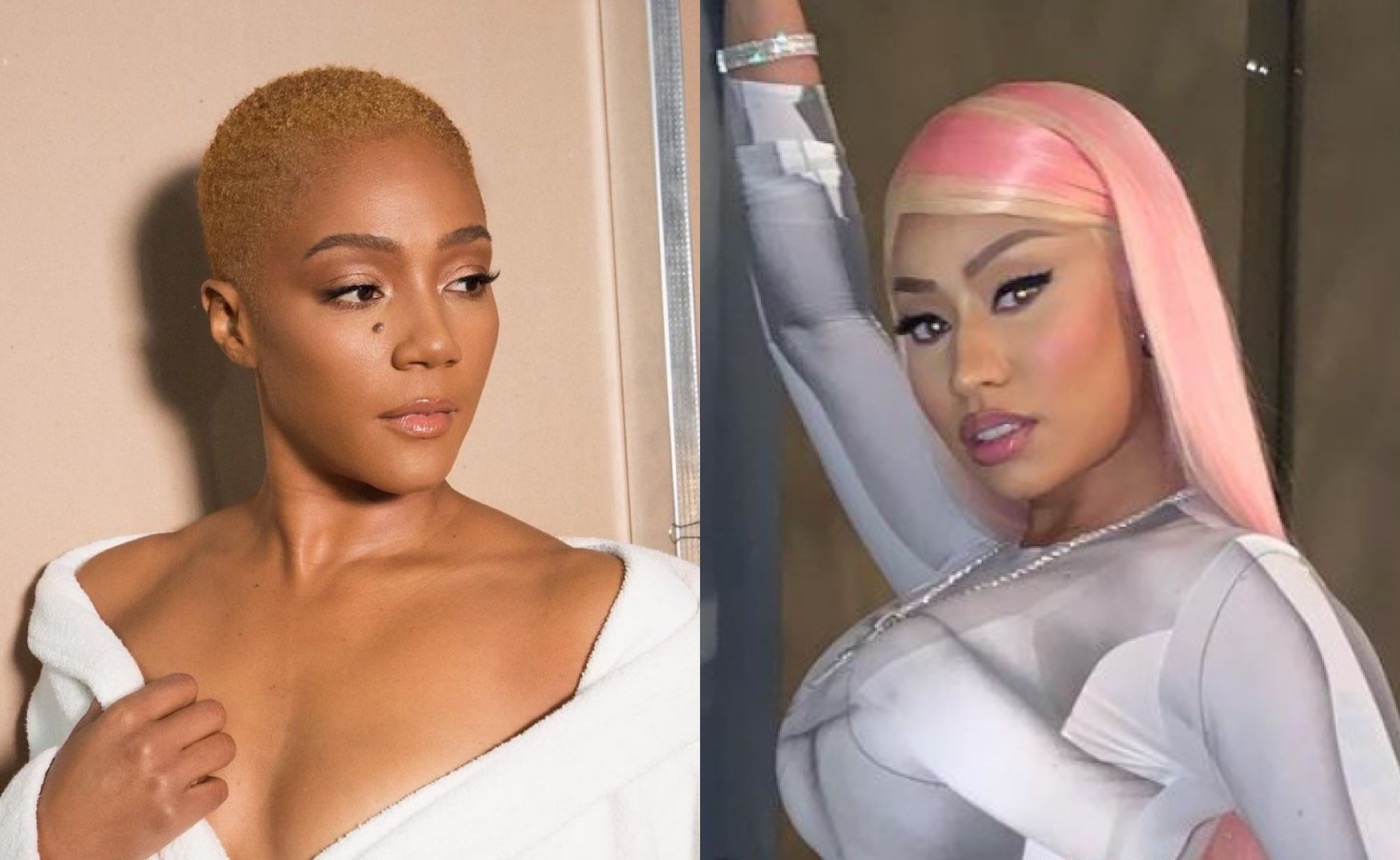 Tiffany Haddish invited an onslaught from Barbs after she says Nicki Minaj is not very respectful. The increasingly popular Clubhouse app is all the rave

Author Tiffany Haddish invited an onslaught from Barbs after she says Nicki Minaj is not very respectful. The increasingly popular Clubhouse app is all the rave now, and it seems to have become a media muse of sorts after hearing what some celebrities have to say on the platform. Tiffany Haddish has been facing a ton of backlash lately after she was accused by users of bullying a doctor in one of the chatrooms over the topic of COVID-19 and her stance on the conspiracy theories associated with the pandemic. Now Tiffany is making headlines again for her recent comments about Nicki Minaj following one user calling her the Nicki Minaj of comedy. Though the remark was clearly intended as a compliment, and the commenter even added that Tiffany was killing the muthaf***n game, it developed into a conversation about the differences between the comedian and the rapper rather than their similarities. After the fan compared Tiffany Haddish to Nicki Minaj another user in the chatroom weighs in to say that, unlike Nicki, Tiffany shows up on time. That by itself is hardly any cause for an uproar as it was Nicki herself who said, When I walk in sit up straight, I dont give a f**k if I was late. However, its Tiffanys next remark that set Twitterverse alight. And unlike Nicki, I treat everyone with respect and dignity, Tiffany added. A post shared by The Neighborhood Talk, LLC (@theneighborhoodtalk) Barbie fans immediately proceeded to drag the comedian online, following some Clubhouse users relaying the conversation to other social media platforms. If we being completely honest Ive laughed harder at Nicki bars than anything Tiffany ever said. Nicki Minaj funny af. You understand me? one Nicki stan tweeted. I told my brother yoo the barbz dragging Tiffany Haddish he said who? EXACTLYYYY irrelevant b**ch, wrote another. Others defended Tiffany Haddish, claiming that there was some validity to what she said. The barbz gone come after me for this tweet but stop acting like Nicki aint had her share of having folks f***ked up. Tiffany Haddish said wtf she said. No Im not debating this, read one tweet in Tiffs defense. Though most barbz who chimed in on the conversation on Twitter seem to believe Tiffany is just holding a grudge over the time Nicki defended Normani amid the comedian seemingly dragging Fifth Harmony, others were not so convinced. Yall are mad with Tiffany Haddish for speaking the truth. I highly doubt its abt Nicki calling her out abt Normani. Thats nothing. Im sure shes witnessed what so many others have w Nickis behavior. None of what yall are saying abt Tiff negates the truth of what she said, another user wrote. Among the army of barbz who attacked, one didnt deny Nickis behavior but instead justified it. So Tiffany Haddish trying to insinuate that Nicki (a BW) should just sit back & kiss these industry ppl a$$ like she do no wonder why Nicki said a man can be assertive but a woman is deemed a b***h,' they wrote. Tiffany Haddish, who won her first Grammy Award last night for Best Comedy Album, is the first black woman to be honored with a win in that category in 35 years. Some fans couldnt help but strike up a correlation between the Tiffany slander and her historic win. They going after Tiffany haddish because someone compared her to nicki Minaj which is a weird/wild comparison and she said unlike nicki she treat everyone with respect. The minute Tiff win now they come after her, wrote one user. Do you think Tiffany Haddish was out of pocket for suggesting that Nicki Minaj does not treat people with respect and dignity, or was she speaking facts? Comparing Tiffany Haddish to Nicki Minaj is the weirdest thing to meat least Nickis good at what she does