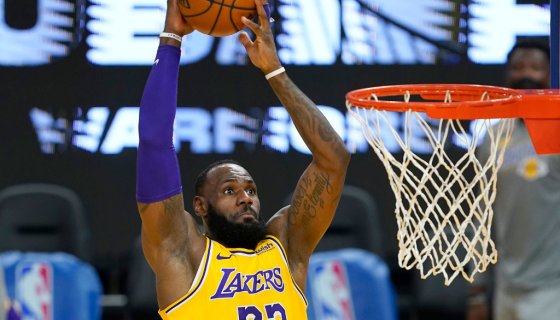 CLOSE Source: Thearon W. Henderson / Getty LeBron James is not just shutting up and dribbling anytime soon. The future Hall-of-Famer has secured another bag. King James officially finalized a multi-year endorsement deal with PepsiCo ending his 17-year-long partnership with Coca-Cola. News of James ditching Coca-Cola for Pepsi first hit the news cycle back in January but no details were revealed at the time until now. Coca-Cola also confirmed its relationship with James is over in a statement saying, LeBrons contract came up at a time when both he and The Coca-Cola Company were actively reviewing all of its resources to make sure it was investing in places that ensured long-term growth. After many discussions with Lebron and his team, we mutually agreed to part ways. As part of the new deal, James has already begun promoting the beverage companys newest energy drink, MTN DEW RISE. The Los Angeles Lakers superstar and other athletes and influencers will focus on getting the word out about the drink. Speaking out the new energy drink, Front Office Sports reports James said, When I first learned about the message behind the drink the fact that every day is a chance to rise for all of us that really resonated with me. MTN DEW RISE reportedly contains the same amount of caffeine as two cups of coffee plus vitamins A and C and zinc to support the immune system. Yall ready to RISE??? Well LETS GO!!