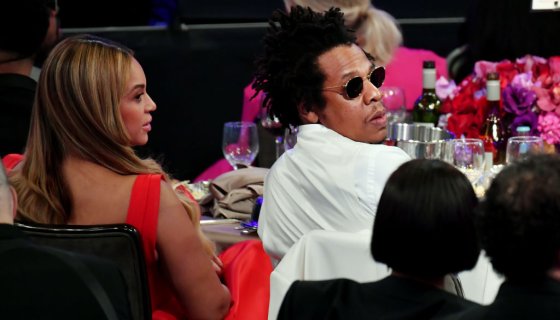 Jay-Z continues to prove he isn't a businessman but a business man. The Brooklyn native unpacks his latest movements in a new Q&A.

CLOSE Source: Allen Berezovsky / Getty Jay-Z continues to prove he isnt a businessman but a business, man. The Brooklyn native unpacks his latest movements in a new Q&A. As spotted on HipHopDX the self-proclaimed God MC is living his best life only a couple months into 2021. In February he announced a 50/50 partnership with Mot Hennessy Louis Vuitton for his Armand de Brignacchampagne brand. He then doubled up with another big move by selling a sizeable stake in TIDALto Twitter CEO Jack Dorsey. In a recent interview with South China Morning Post he expressed his thanks to his new partnerships for seeing the true value of both entities. Im very fortunate. Jack Dorsey, who created Twitter, Square and Cash App, and Philippe and the guys who created LVMH you couldnt ask for better partners; theyre the top of the top, he revealed. usually align like that when people do really great things. You could get into partnerships and people short-change the business for different reasons. These guys dont cut corners, they try to get it right. Its about respect. A post shared by Armand De Brignac Champagne (@armanddebrignac) Hov would go on to admit that his success is not driven by his celebrity alone; specifically for his wine. We ran this brand from the office with eight or nine people, a really small, scrappy group, Jay-Z explained. We became very successful and weve always looked at LVMH as the pinnacle of what we represent, a group that creates things based on their love of luxury, of getting the details perfectly correct. If Im going to be in a partnership, especially with a brand thats so successful, it has to enhance the brand, it cant hinder it. You can read the interview in its entirety here