Dr. Dre Asks Judge To Declare Him A Single Man 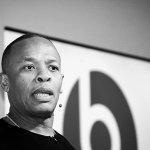 Dr. Dre Asks Judge To Declare Him A Single Man & Divide The Assets Himself

Dr. Dres Divorce Saga , the iconic Hip-Hop producer/rapper is looking to move on with his love life and asking a judge to help make it so. According to TMZThe Chronic artist is requesting a bifurcation of his divorce proceedings in hopes that the judge not only declares he and his estranged wife, Nicole Young, as officially single and ready to mingle, but also to decide how the assets get divided later on. Dres now taken this action as he feels that theres absolutely no chance of reconciliation between he and his wife of 24 years. According to the docs, obtained by TMZ, Dre says his divorce from his estranged wife, Nicole Young, has gotten to the point of no return. In the docs, Dre says Nicoles false allegations of domestic violence made it clear theres no turning back. He says hes been trying to settle the divorce with her since she filed in June 2020, and claims shes dragging her feet on purpose. Well, we wouldnt necessarily say shes dragging her feet as she is leaving no stone unturned in her efforts to get to the bottom of everything hes done while they were legally married. The woman even wanted Dres alleged mistresses to testify under oath ! The judge said nah though. Needless to say that Dr. Dres had enough and hes even gone as far as to call her a greedy b*tch on a new cut that circulated on the web not too long ago. We shall see if the judge complies with the request and puts an end to this seemingly never ending saga. HipHopWired Radio