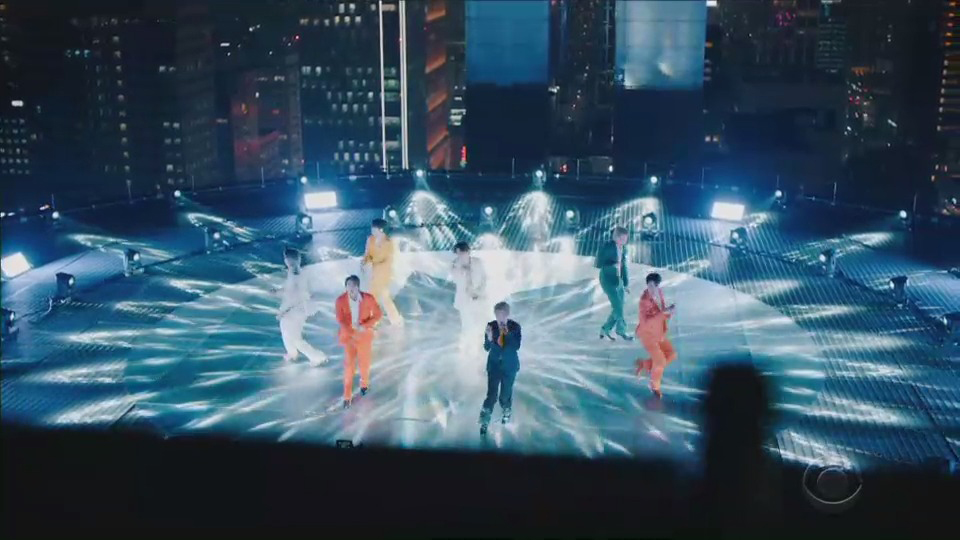 Besides boosting artists egos, Sunday nights Grammy Awards gave a real leap to a number of performers sales and streaming figures, according to a report from Rolling Stone that measured the immediate impact on numbers for some of the best-known and least-known musicians of the evening. The exposure benefitted everyone from stars like Megan Thee []

See All Courtesy of CBS Besides boosting artists egos, Sunday nights Grammy Awards gave a real leap to a number of performers sales and streaming figures, according to a report from Rolling Stonethat measured the immediate impact on numbers for some of the best-known and least-known musicians of the evening. The exposure benefitted everyone from stars like Megan Thee Stallion Taylor Swift and Dua Lipa to those who were being exposed to many viewers for the first time, like Mickey Guytonand Haim. If the Grammyswere down to a record low figure, the show was still far and away the ratings leader for the night, with close to 10 million live viewers representing the kind of culture infiltration few will ever get in one moment anywhere else. Megans digital album sales were up 178% Sunday over Saturday, and her song sales increased by 99% in the same time frame, according to Rolling Stone. The most robust rebounder in her catalog was, naturally, Savage, which saw sales increase 513% on the day and night of the telecast. A song that has performed more modestly until now, H.E.R.s Black Lives matter anthem I Cant Breathe, which was a surprise winner for song of the year, naturally saw even bigger percentage gains. Rolling Stone reports the song had a Saturday-to-Sunday leap of 6,771% in sales. Its streams went up 89% from Saturday to Sunday and then improved another 142% from there going into the day after the Grammys. Country singer Guyton, who performed the highly regarded but little-heard-on-radio Black Like Me, saw sales of that song increase by 13,892% on Sunday from Saturday, and go up in streams by 106% Monday over Sunday. Her overall catalog experienced a 4,870% increase in song sales from Saturday to Sunday. More established artists naturally saw less-than-four-figure percentage gains, overall although there were some whopping leaps, like the 4,600% increase for sales of Taylor Swifts August on Sunday from Saturday, since that was the least previously exposed of the three Folklore songs she performed in a medley. Folklore itself, as an album, saw sales increase 236% on Sunday from Saturday, and bump up another 32% beyond that on Monday. The albums streaming also went up, increasing 64% on Monday. Her overall album sales went up 131% from Saturday to Sunday. Dua Lipas streams have continued to be so robust in recent weeks that Rolling Stone reports those didnt really get that big of a bump from the Grammys. But her sales did; Future Nostalgia was up 233% in album sales Sunday from Saturday. BTS digital album sales went up considering from Saturday to Sunday by 493% and got another 22% increase on Monday. Song sales for Dynamite were through the skyscraper roof, relatively speaking, up 1,056% on Sunday from the day before. Haims The Steps got a 1,062% song sales boost on Sunday and the groups album Women in Music Pt. III was up by 1,165% in the same Saturday-to-Sunday time frame. The effect lasted in to Monday, as the sister trio saw streaming of The Steps go up by another 119% the day after the Grammys. Read Rolling Stones full report here