Column: Candace Owens, spare us your sanctimony over Cardi B and Megan Thee Stallion 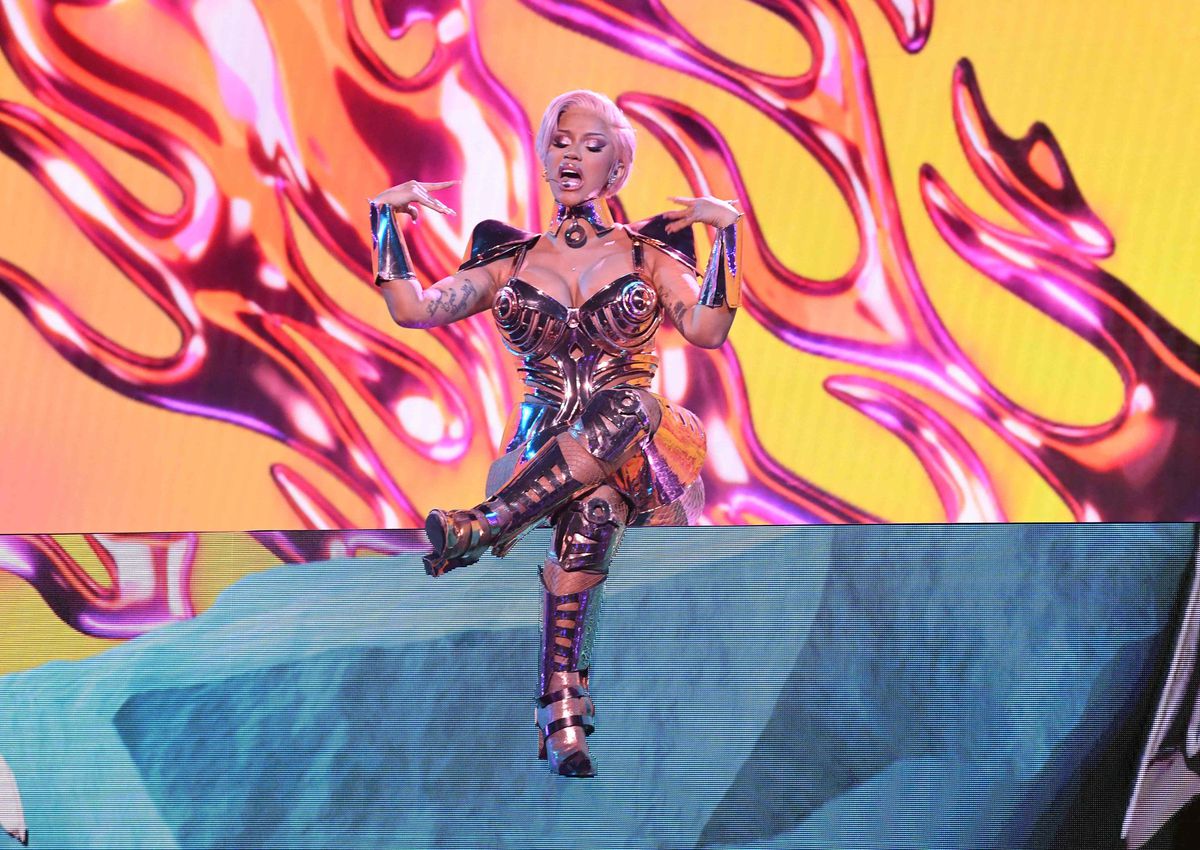 Candace Owens doesn't speak for Black people but for far-right whites who don't have the guts to say it, Dahleen Glanton writes.

Tucker Carlson and Candace Owens were offended by rapper Cardi Bs performance during the Grammy Awards show last weekend. According to these right-wing pundits, her sexually explicit song, WAP, is an attack on American values.According to Owens, the performance in which Cardi B and fellow rapper Megan Thee Stallion entangled their bodies on a gigantic bed was a lesbian sex scene being simulated on television.What a bunch of crock from two people who heaped praise on former first lady Melania Trump, a model who posed nude or wearing barely anything in photo shoots when she was around the age of these artists. Theres even one floating around of her nude body embracing another womans nude body on a couch.Give me a break. This hypocritical tirade had nothing to do with American values. It was all about publicity and as always, politics.Owens has a new nighttime talk show starting Friday on the conservative media site The Daily Wire, and she needs the hype. Carlson, the top-rated personality on Fox News, was just giving his buddy a boost.There is no better way to drum up support for a new media venture than to invoke Cardi Bs name. She has never been known to back down from a challenge. After all, Cardi B will take publicity anywhere she can get it too.So the Grammy-winning artist gave Owens exactly what she wanted a heated Twitter fight in which the two women hurled insults that led to Owens threatening to sue over something Cardi B said about Owens husband.The debate over raunchy rappers has been going on for decades. Haters always have had a problem with female artists using sexuality to promote their music. Tina Turner began pushing the envelope in the 1960s. Madonna has been doing it since the 1980s.Everyone from Britney Spears to Lady Gaga to Beyonc has been criticized for being too sexually explicit. But rappers like Cardi B, Megan Thee Stallion, Rihanna and Nicki Minaj have taken female sexuality to a whole new level. They embraced what used to be taboo and flipped it on its head.Rather than allow male rappers to continue sexually exploiting women in their lyrics and videos, they took charge of the message and used these images as symbols of empowerment. Its an evolution of American values that was long overdue.If you want to know what WAP stands for, look it up. I cant say it here.Carlson insists that this genre of music is intentionally trying to degrade our culture and hurt our children.Owens seems to think its an atrocity, given that public pressure forced the Quaker Oats Company and other brands to stop using on products stereotypical archetypes that African Americans have long found to be degrading.Weve seen going to the supermarket as a traumatizing experience, Owens said. We lost Aunt Jemima last year. We lost Land OLakes butter last year. We lost Uncle Ben and his rice last year because everything is so traumatizing for children to look at.Lets stop for a moment. If Owens and Carlson allow their children to watch Cardi Bs videos, then they need to take some parenting classes. Her music isnt intended for children, nor is it intended for 50-somethings like Carlson.Its for young progressive adults who can decide for themselves what American values should be.________Columns are opinion content that reflect the views of the writers.________What we were looking at last night, Owens continued, was a lesbian sex scene being simulated on television, and this is considered feminist. Its iconic. Its forward. Its progressive. Its the way the world is going and if you dont see that, its because youre a bigot.She said bigot, the most hated word in the rights vocabulary. And with that, we got a glimpse of what Owens will be doing for The Daily Wire.Her sole purpose as far as the right is concerned is to say what they dont have to guts to say publicly. She is their mouthpiece to attack African American values and talk down to Black people as if we are too dumb to understand whats in our best interest.Owens does not speak for African Americans. She speaks for white people, particularly those who believe that Black people are their own worst enemy.In that regard, Owens is dangerous.The Daily Wire is doing America great disservice by giving her an hour every week to trash African Americans in front of an audience that is overwhelmingly white and far right. The show will be filmed in Nashville but can be viewed all over the country.Not only will Owens serve to suborn bigotry. She will give bigots a hood to hide under when they say and do harmful things. She will pat them on the back and say, There, there, youre not a bigot because Im Black and I agree with you.Her its not you, its them message makes bigots feel better about themselves and gives them a boost of courage to keep on being bigoted.This time, the bigotry was aimed at female rappers of color. In the past, weve seen her promote bigotry against victims such as George Floyd, who was killed by police. Every person of color is fair game for Owens.She has t