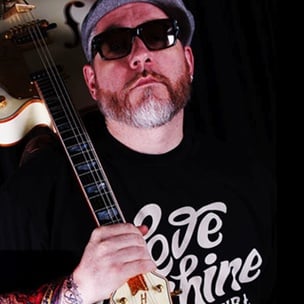 He began as a protege of Ice-T. He made an uber-hit with House of Pain and Muggs. He worked with Guru and Pete Rock, and later Ill Bill and Slaine. Everlast talks about his musical and personal journey.

Everlast Talks New Album, 20-Plus Years Of Evolution, Juggling House Of Pain And La Coka Nostra October 22, 2011 | 8:42 AM by 36 Everlast isnt a political artist, but Hip Hops resident singer-songwriter is certainly someone whose music represents the struggling American. The dynamo was merely a young Irish rapper immersed in the party culture when he dropped Jump Around with House Of Pain back in the early 90s, but matured as time went on telling folks What Its Like in the real world with a guitar later in the decade and strengthening those messages as everyone rolled into the 2000s. Now, in 2011, he continues spilling his soul on his sixth studio offering Songs Of The Ungrateful Living , which will be released through his own label Martyr Inc. Records and distributed through EMI. Fueled by the economically-stressed single I Get By, the 15-track collection features Everlast detailing stories through a blend of rock, blues and folk with his customary Hip Hop swagger. Simply put, Everlast is someone who constantly breaks barriers and crosses lines most urban music artists are intimidated to walk through, and he does so without compromising his art. He might receive less radio play because of it, but the dynamo is comfortable in his own skin. With that said, Everlast talks in-depth to HipHopDX.com about Songs Of The Ungrateful Living , crossing into different genres, the reformation of House Of Pain and the mixed martial arts discipline he is training in. HipHopDX: The last time you released an album was Love, War And The Ghost Of Whitey Ford back in 2008 and it was an amazing effort quite arguably one of the best Rock albums of the year. But it kept getting pushed back and when it finally dropped, it felt like it was silently released. What exactly happened? Everlast: Ya know, its hard to say because Im kinda partially responsible when I own the label, but my partners, they just wanted to bury a gap. They were publishers, which is a different game than actually putting a record out in stores and get