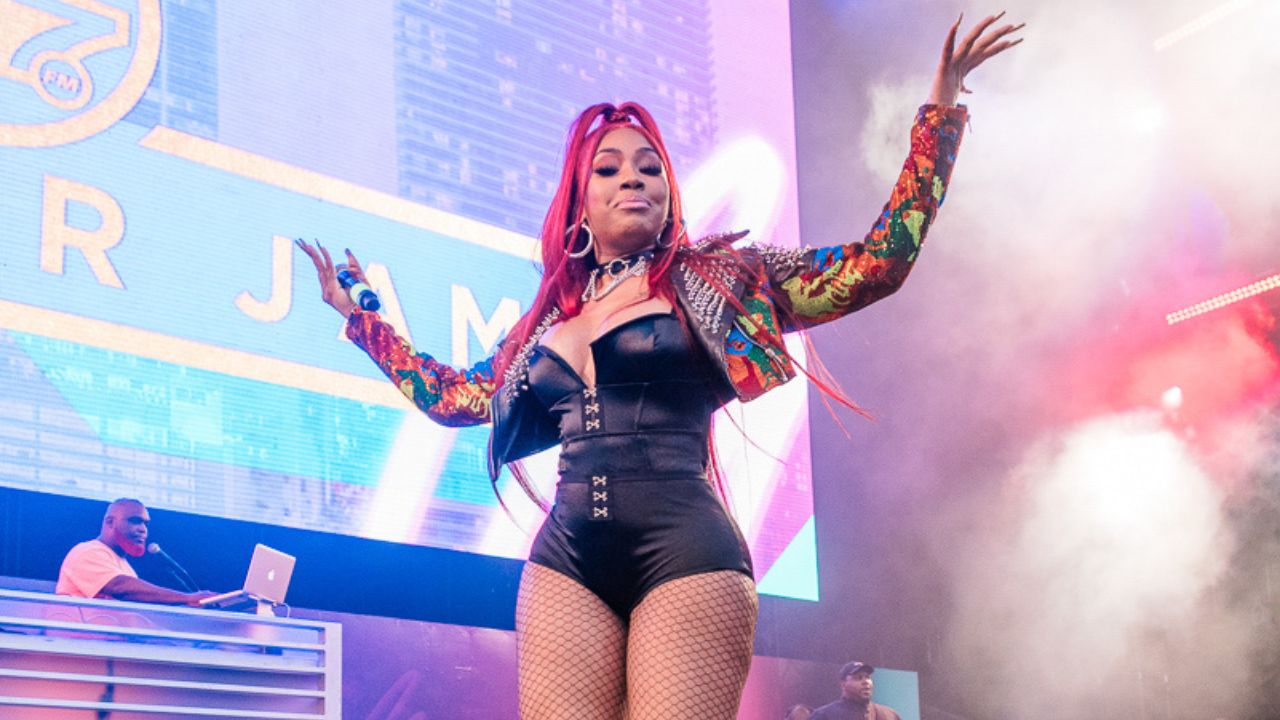 media, Tommie, Miami, and a group of their friends can be seen outside an event having a tense argument. Yung Miami kept it cute and on mute while her friend argued back and forth with the reality TV star. According to the video footage, it looks like the two were already having a tense conversation. Once Lee touched the friends arm, she stepped back as if she was gearing up for more action to take place with Lee. You stepped to me like I owed you something Tommie shouts as her friends start to hold her back, Oh okay then fall back! Fall back. Does anybody want to stand in her place, like wassup!? Yung Miamis bestie, rapper Saucy Santana, even stepped in trying to defuse the argument, but Tommie was not letting up. Later in the video Miamis friend can be heard asking Lee if she wants to run one indicating that she was ready to fight too. As social media claims Yung Miami and her friends were pressed by Tommie Lee, Miamis homegirl responded with a screenshot of her conversation with Tommie via DM, clearing up the rumor that she was scared to fight, she wrote: Never been no Scary Bitch!Like I said you want a Round!I dont do all that Talking Whats up Aint nobody got Pressed And aint nobody was scared! FOH! Yung Miami also cleared up rumors taking to to respond to a fan sticking up for the Florida rapper, the fan rote: Caresha is not soft at all yall trippin. The City Girl responded: Chile let them think whatever! The ppl that KNOW KNOW. Tommie pressing Young Miami s ppl