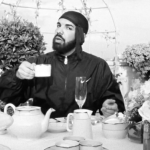 In a recent release from Billboard, Drake's newest accolade has now set himself apart from his competitors with this acccomplished feat.

Deion Allen Source: (Photo by Prince Williams/Wireimage) / (Photo by Prince Williams/Wireimage) As if there were any more accolades for the Young Money millionaire to achieve to make him the undisputed artist of todays Generation, Drake it still finding ways to outdo his competitors, as well as himself. In a recent release from Billboard , Drake has held a spot on the Artist 100 charts since it was created in 2014, Thats 350 weeks. With his newest release Scary Hours 2, a 3-track project which is currently ranked #1, #2, and #3 on the Billboard Hot 100, make that 350 weeks in counting. Drake took to instagram to thank Bow Wow , as his inspiration, and the reason he is here today. Everybody wants to celebrate and turn up. I just had to see Wizzle. If it wasnt for you there wouldnt be no me. Drake explained. Drake also joins elite company. Standing next to Ariana Grande and The Beatles as the only artists to have the top three spots on the Hot 100 simultaneously. Drake wasnt lying when he said I got more slaps than the beetles. Outdoing the iconic group in Billboard appearances, top ten hits, and only trailing Taylor Swift in #1 Hits (32). Source: Epic / EPIC