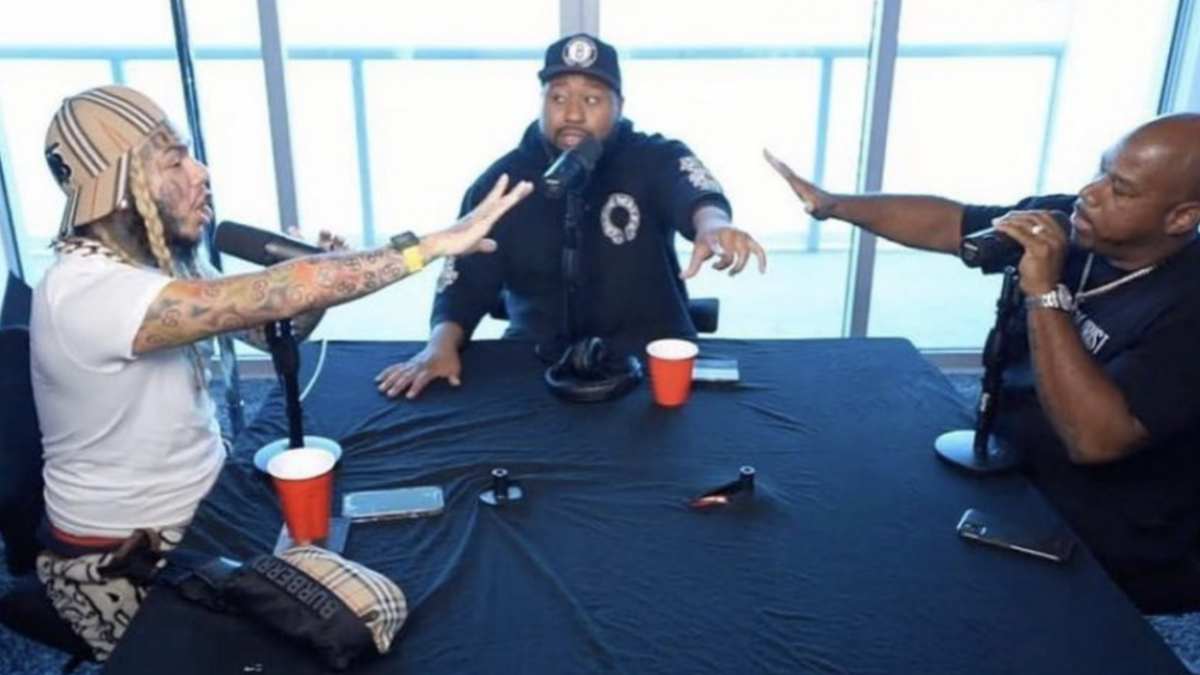 Akademiks is gearing up to launch his Off The Record podcast with his first episode featuring explosive guests 6ix9ine and Wack 100.

Akademiks is gearing up to launch his Off The Record podcastwith his first episode featuring explosive guests 6ix9ine and Wack 100 Ak finally revealed the anticipated episode will drop on August 3 and he teased another clip on Thursday (July 29) of Wack speaking on the rainbow-haired rappers potential murder, but 6ix9ine being unfazed by the possibility. When I look into your eyes, let me tell you what I see, Wack began. I see a muthafucka that has totally dismissed and already played it out how you gon to go. I dont think you scared to die. Hes not scared to die. Hes already embraced that. He already played it out how its gon happen if it happen. He not scared of that shit. He dont got no fear how they gon to do it to him. He dont care about that, hes really got a point to prove. A post shared by Off The Record Podcast (@offtherecordclips) 6ix9ine agreed with Wack 100s sentiments and claims he only responds to the rappers that attack him first. Thats my point, Tekashi concurred. If you see it, I dont play around and do shit. I only attack the people thats coming for me. I fired security eight months ago. If I walk out of here and a n-gga come from behind me up the staircase, it was already how it was supposed to be.