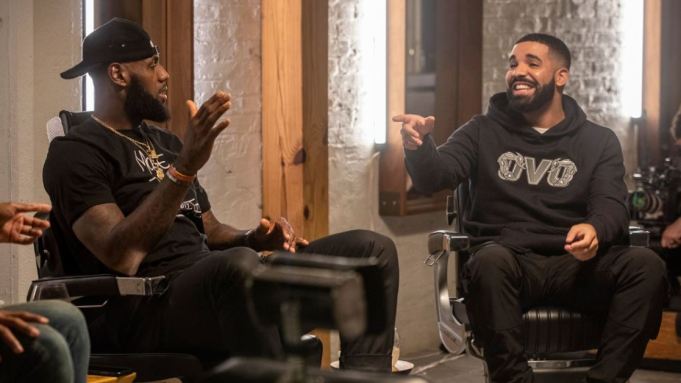 Hip Hop Film and Movie News The three-head machine of Drake, LeBron James, and Maverick Carter are teaming to executive produce Black Ice, a documentary about the game of hockey and the marginalization of Black hockey players from the early pioneers of the Colored Hockey League in Maritimes Canada to the small number of Black players in todays National Hockey League. The Hollywood Reporter detailed the film will be from Uninterrupted Canada and The SpringHill Company, which is founded by James and Carter. The film will be directed by Oscar nominee Hubert Davis. Uninterrupted Canada chief content officer Vinay Virmani will produce Black Ice. Despite the hardships and struggles, this story is about resilience and how society views itself today while offering a path forward to a more equitable and inclusive future, Virmani said in a statement. Advertisement I think it is more important than ever before for all generations, particularly young people of colour, to understand and see the diverse faces who have contributed and shaped one the essential fabrics of our country, Davis said of hockey, Canadas national pastime. Just last week, James and Carters SpringHill Company was valued at $750 million. Variety reports the interest in the company ranges across industries and those targeting a potential deal include Nike and streaming video providers and tech companies. The SpringHill Co. will not be up for sale as a whole, however, selling minority and majority equity stakes. The latest release from SpringHill is Space Jam: A New Legacy, which paired King James with the Looney Tunes in a battle against The Goon Squad. The company will also soon produce a new version of House Party and Hustle, which will star Adam Sandler.