TLC's T-Boz is Open to Battling Xscape or SWV 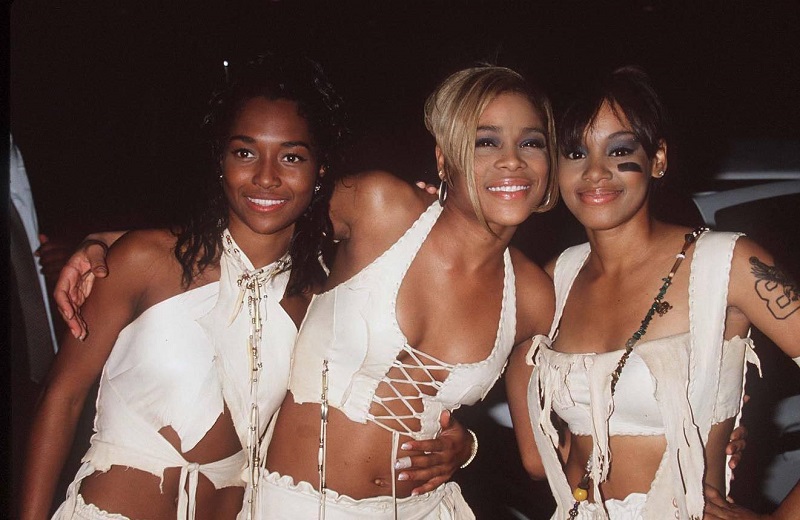 The Magazine of Hip Hop Music,Culture and Politics | Girl groups were prominent in the late '90s and early '00s. TLC, Xscape, and SWV

Share: Link copied Girl groups were prominent in the late 90s and early 00s. TLC, Xscape, and SWV all made groundbreaking contributions to the game that served as the soundtracks of our childhoods. In light of the Verzuz battle that celebrates the music of iconic artists and songwriters, a fan wrote We NEEED TLC VS SWV OR XSCAPE!!!!! Vs BATTLE!!! on T-Bozs recent post. Tell em, the singer quipped. Jill Scott and Erykah Badu were the first women to go head-to-head on the popular Instagram live stream series, and arguably one of the best celebrations. Male R&B groups, 112 and Jagged Edge, made their debuts on Memorial Day Weekend, making them the first groups to participate. So its only right that we celebrate the girl groups next and it looks like one half of TLC is already on board. Advertisement Swizz Beatz and Timbaland curated the battle series to entertain fans during the quarantine, and admitted that theyve turned down millions. Tonight represented the authentic zone of why we didnt sell 50% of the company for millions of dollars, the authentic zone of why we turned down millions and millions of dollars to the vultures, just wanting to put a name next to name, but no respect for what we do. We havent made one cent off of VERZUZ yet. That dont mean that we not business, but what we have is something that is, we have a museum. VERZUZ is a museum, its an educational, celebrational platform. What Beanie Man and Bounty Killer did tonight, was iconic. They was just gonna leave Beanie Man, and Bounty Killer on the side of the road, and what did VERZUZ do Tim? X