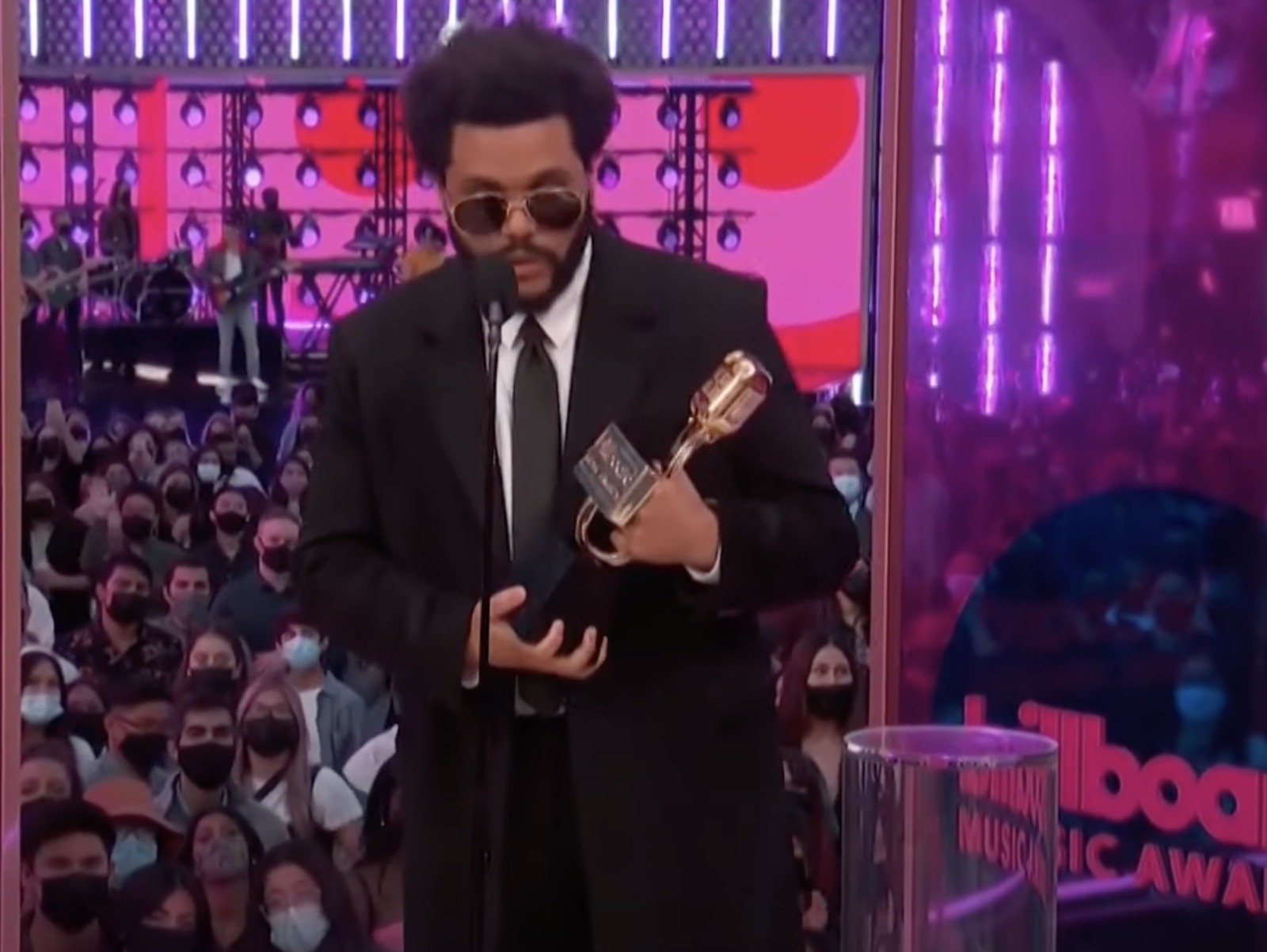 R&B singer The Weeknd is laughing all the way back home. The publicized crooner - who took a public stand and boycott against this year's Grammy Awards - wo

Share The Weeknd Laughs Last Weekend actually had almost 20 nods heading into the show and blew out the competition. Along with winning Top Male Artist and Top 100 Artist, the Canadian superstar also snagged wins in the Top Radio Songs Artist and Top R&B Artist categories. Who are the big winners at the Billboard Music Awards? The Weeknd took home 10 awards, including top artist. Pop Smoke won five, including top new artist and BTS and Bad Bunny each earned four. Hosted by Nick Jonas, the ceremony also honored P!nk as the Icon, Drake as the artist of the decade and Trae Tha Truth as the Change Maker. ( Billboard ) Weeknd did way more than just accept a ton of awards. He also stole the show with a breathtaking Save Your Tears performance. Doja Cat + SZA Take Over BBMAs After mounted anticipation, both rap star Doja Cat and SZA pulled through in epic fashionfor a stunning Kiss Me More performance. Doja started things off with some on-stage dance moves followed shortly by the Top Dawg Entertainment princess. The Weeknd, DaBaby + Meg Thee Stallion Leads BBMAs The Billboard Music Awards had Weekend leading the packwith nearly 20 nods. Rap heavyweight DaBaby and the late Pop Smoke follow closely behind. On Thursday, the Billboard Music Awards announced its group of 2021 nominees, led by The Weeknd with 16 nod, followed by rapper DaBaby with 11 nominations and the late Pop Smoke with 10 nods. Gabby Barrett and Megan Thee Stallion are the two women nominees with the most nominations with nine and seven nominations, respectively. This years awards show is based on chart data from March 21, 2020 through April 3, 2021 with winners based on key fan interactions with music, including song sales, streaming and social engagement. Meanwhile the top social artist and top collaboration categories are fan-voted. ( ) Houston rapper Megan Thee Stallions Roc Nation label made sure to acknowledgeher nominations with a shout-out. Congratulations to the #RocFam on their Billboard Music Award Nominations! The Weeknd Cant Hide Excitement Over His New Music The Weeknds album After Hours has dominated the scene ever since its March 2020 release, and yet somehow it was completely shunned by the Grammy Awards. Although hes decided to boycott the Grammys, whatever the Blinding Lights hitmaker recently alluded on Twittermay not be able to be denied. made so much magic in the small quarantined room now just piecing it all together its so beautiful