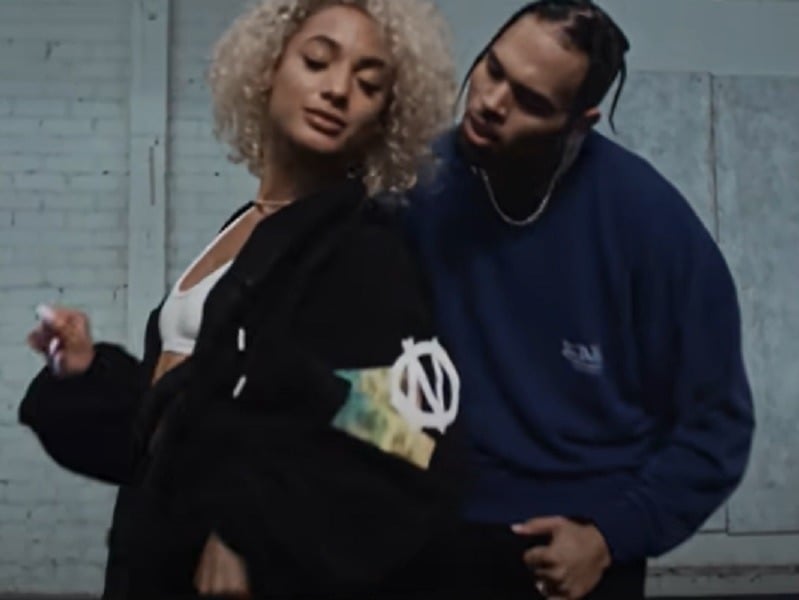 Share The Def Jam diva just recently broke off a relationship with rapper DaBaby, while Grammy-winning crooner CB always seems to be between relationships with models, singers and actresses. The two artists have been friends for a while, theyve made music together and had some flirty exchanges, so its not a big leap to make that theyd date. For the record, though, DaniLeigh and Chris Brown are not a couple. But how did they get to the point where its easy to see them together? 1. Chris Brown + DaniLeigh Collaborated On Easy Remix One of DaniLeighs biggest hit songs is the Easy remix featuring Chris Brown that dropped in 2019. Produced by Fallon King and Christopher Allen Clark, the song went double platinum and cracked the Billboard Hot 100 singles chart. In the video, Dani and Chris had an undeniable chemistry, which first sparked dating rumors among fans and followers. Easy (remix) by DaniLeigh, feat. Chris Brown 2. Chris Browns Flirty Comment To DaniLeigh Not long after the Easy remix came out, DaniLeigh posted an Instagram selfie with a caption joking that the teddy bear in her room behind her was bae. Chris Brown commented on the pic, I aint back there. The since-deleted post led a lot of people to believe the two were dating, but Dani confirmed they were just friends. Dominicana yea they like this all these rappers wanna wife this A post shared by MOVIEBYDANILEIGH (@iamdanileigh) 3. Chris Brown Is Single With A Girlfriend Breezys relationship with Ammika Harris, the mother of his 1-year-old son Aeko, is complicated to say the least. The two have been on-again and off-again, with the public breakups and cryptic social media posts and big declarations of love youd expect from a celebrity couple. In a recent interview, Chris was asked about his current status and said he is single with a girlfriend. For the series premiere of