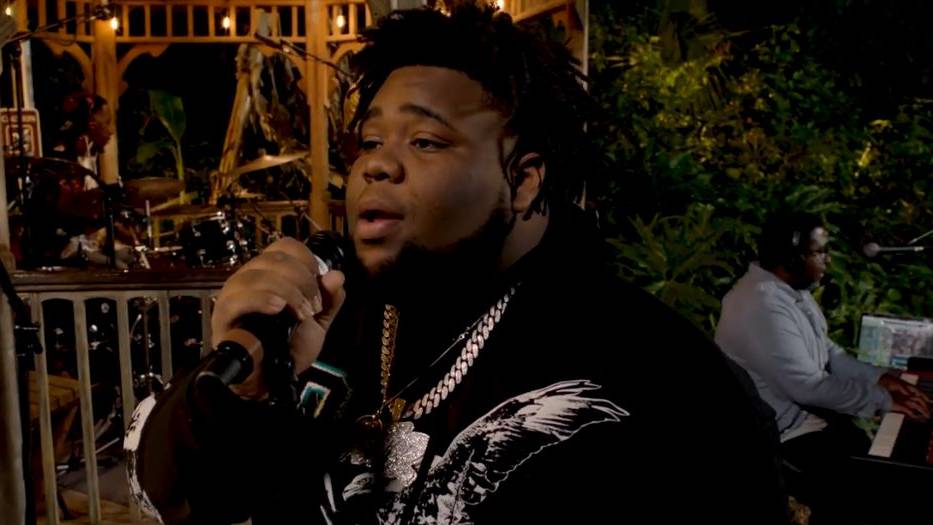 Three of four total tracks Rod Wave performed are from his third album, which debuted at No. 1 on the Billboard 200 chart in March.

Rod Wave lived up to his monikers surname as his Soulfly album surfed its way to No. 1 on the Billboard 200 chartin March. The Florida crooner has now taken his talents to NPRs Tiny Desk concert as a Hip Hops new rite of passage for their influence and success in the genre. Backed by a live band at a gazebo in a botanical setting, Rod Wave and performed eloquent renditions of four hits from Soulfly for a nearly 15-minute video clip. Personally, I feel like I hit my creativity peak, Rod Wave said about his third album Soulfly during a break in between songs. Thats how I feel. I put a lot of thought, a lot of effort, a lot of pain. View this post on Instagram A post shared by RodWave (@rodwave) Rod Wave begins the set by singing the hook of DrakesOver My Dead Body, the intro to the OVO superstars seminal 2011 album Take Care, before continuing into his own song OMDB. He then continues his melancholic melodies on Rag2Riches featuring Lil Baby and ATR SonSon from his 2020 album Pray 4 Love, Street Runner featuring Canadian singer Ruth B. and Dont Forget in that order. The first, third and fourth tracks in the set list are from Soulfly.