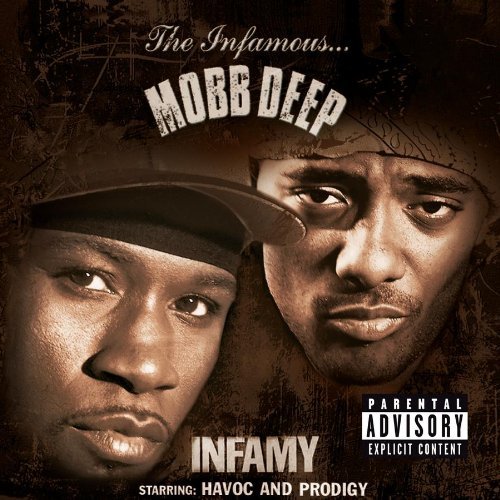 Share: Link copied On this date in 2001, NYC kings of crime rhyme Mobb Deep released their fifth full-length studio album entitled Infamy on the Loud/Columbia imprint. As the QB duos first album following their publicized beef on wax with Jay-Z, the controversy helped to bolster the albums sales, recognized by the RIAA as certified gold, despite being created during the advent of the internet, in an era that will forever be known as ringtone music. As one of the last full-length projects from the Mobb, Infamy offered up one of the few albums during that era that was approved by the streets as well as the industry. Tracks like Get Away and Hey Luv, which featured Bad Boy R&B group 112 spearheaded the album to commercial success with a more acceptable sound, while tracks like The Learning (Burn) featuring Rapper Noyd and Vita is an example of their ability to show you that the Mobb is still Infamous. Advertisement Salute to Prodigy (RIP), Havoc, Noyd and the rest of the Mobb who helped create this timeless piece of Hip Hop history!