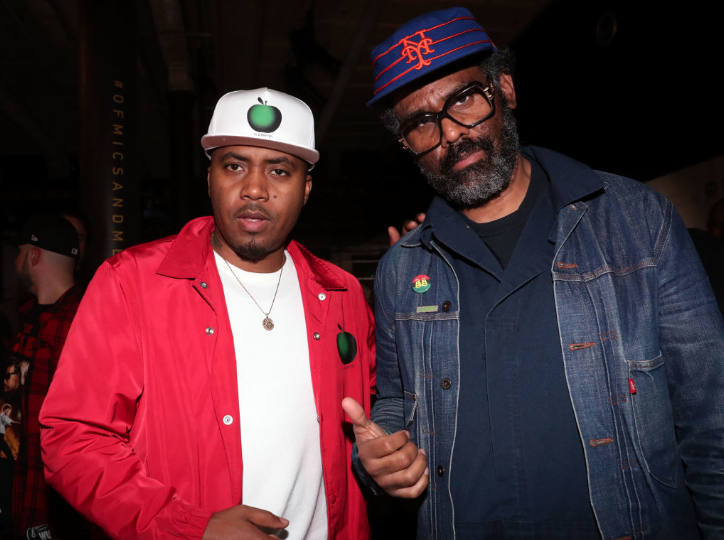 Sha Be Allah May 27, 2021 feature featured Hip Hop Entertainment | Hip Hop TV, Film and Video Games Hip hop news Hip Hop News | Trending Hip Hop Stories News Exclusives TV From its humble beginnings in a South Bronx community center room at 1520 Sedgewick Avenue to a billion dollar industry over the past 47 years, Hip Hop has earned its space in American pop culture. Now, almost a half century old, cultural legends and curators are preparing to celebrate the games tenure in traditional, yet original Hip Hop fashion. Visit streaming.thesource.com for more information According to a report from Variety, Hip Hop living legend and Mass Appeal partner Nasir Nas Jones and Mass Appeal CCO Sacha Jenkins are gearing up to bring Hip Hop 50 to the Showtime network, the same outlet that aired Jenkins Emmy-nominated docu-series Wu Tang Clan: Of Mics And Men. Hip Hop 50 chronologically shows the highlights of the games illustrious history through the eyes of some of the games most prolific emcees, deejays, graffiti artists, b-boys and other people that occupy spaces created by the culture. In his interview with Variety, Nas says, There are so many more stories. Im opening up with this, but Hip Hop 50 is a multi-tier initiative, created by Mass Appeal , and we built this platform to ensure the anniversary of hip-hop is celebrated in a real iconic way, and that everybody should be involved with this. This is something thats coming up that we dont want to just pass by like its small. This is the biggest birthday in the world. Youre going to see the stories from every element of hip-hop, whether its the street stories, whether its the MCing. Whatever it is, we want to celebrate and push this birthday party to the max. Advertisement The Hip Hop 50 will feature various documentaries on the different stages of Hip Hop history including the Untitled Ralph McDaniels Documentary, the marijuana-laden Hits From the Bong, the Roger Gastman directed , graffiti-focused Rolling Like Thunder, the female/b-girl driven Push It as well as other unscripted shows that have yet to be named. our voice is everywhere. We see whats happening in society today whether its voter suppression, police brutality, all kinds of inequities that we face were still able to have a voice thats powerful, says Jenkins of what people should get from Hip Hop 50. When we look at the breadth of what Hip Hop 50 is, you see that our influence to fashion, to language, to sound, visuals. Our influence is global, and it has affected generations, and its the dominant voice right now. Hip Hop 50 programming begins later this year and runs through 2023.