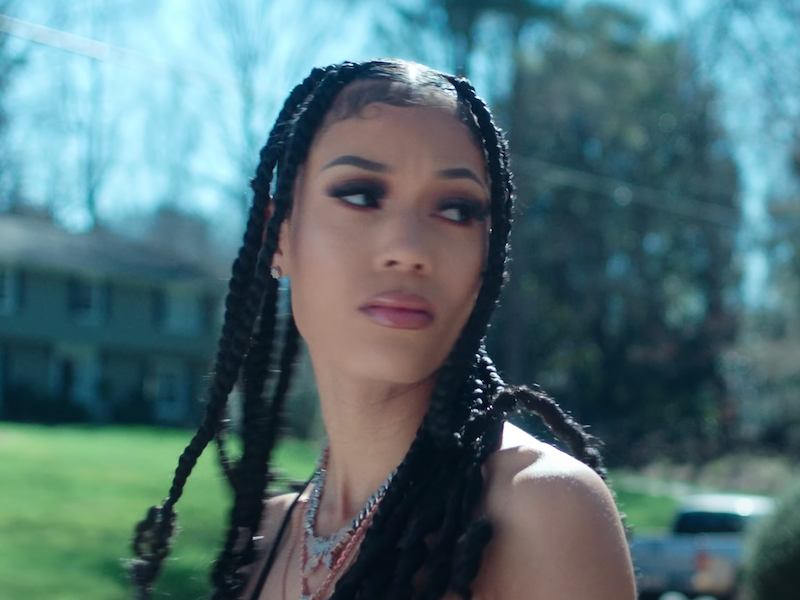 Rap star Coi Leray isn't taking any criticism today, no matter how small. The rising hip-hop artist was quick to shoot back a response after Alabama rapper Yung

Share Coi Leray Shoots Back At Yung Bleu Coi Leray sensed some drama stirring when Yung Bleu made a commentthat he was more deserving of a Best New Artist nomination from the BET Awards. Leray shot back a response on Twitter that she was just as deserving as he thinks he is, and Bleu decided not to make it an argument. Im one of the 6 songs that went platinum this year. Dont tell me I shouldnt make sh*ttt. -Coi Leray U deserve it! . fasho . I do to tho! I honest just used u as a example that I meet the qualifications as well. I was 1 of those 6 songs that went platinum and I actually went platinum twice this year also. Lets not give them a show. I got love for ya kid, keep going. -Yung Bleu Im one of the 6 songs that went platinum this year. Dont tell me I shouldnt make shitttt PRESSURE (@coi_leray) https://twitter.com/_YungBleu/status/1398001915464617985 Coi Leray Doesnt Consider Herself A Female Rapper Earlier this month, Leray revealed that despite being considered one of the hottest rookies in the rap game she doesnt even label herself a rapper. Coi went to Twitter to let the world know what shed prefer to be called. Im not a female rapper. Im a artist. Leave that rap competition sh*t for the rappers. I just want to make good music and have a good time. Coi Lerays Talent Shines Above Her Social Media Fame Before her two breakout singles dropped (No More Parties and Big Purr), Coi Leray gained fame on social media through platforms like TikTok and Instagram. Then she made headlines during a public family feud with her father rap veteran Benzino. But Cois recent success is an example of her actual talent shining through everything else. A lot of people have been reaching out to me and saying they want to collab. Thats the big difference now Im getting known for my music and not for just content or any little Instagram video. Coi Leray Responds To Body-Shaming Comments Coi loves herself no matter what. In April 2021, she went online to defend those who were body-shaming her making it clear she didnt care at all if anybody had anything negative to say about her loving her body. Couple of yall b*tches hate how comfortable i am in my skin. So weird Couple of yall be like I love myself b*tch no you dont If you insecure just say that