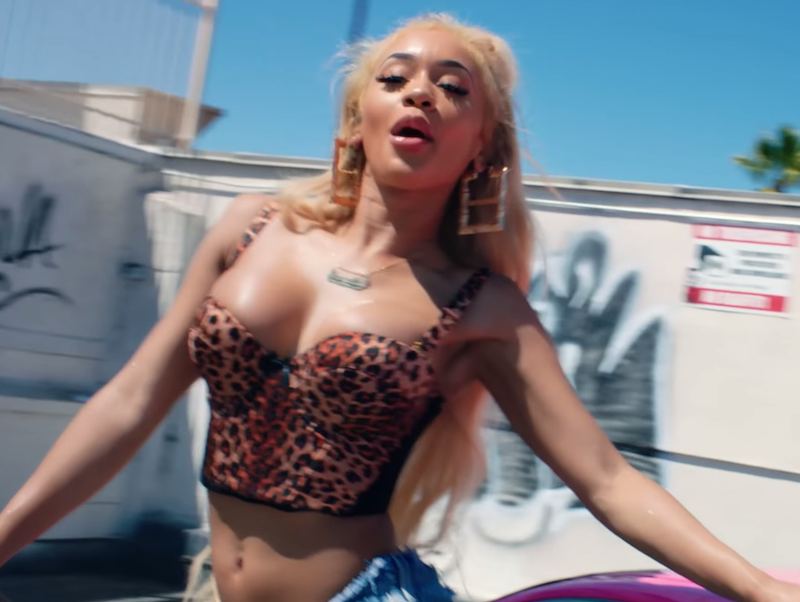 West Coast rapper Saweetie just came through for her fans with a Pretty Summer playlist they can't get enough of. The California native dropped the playlist ear

Saweetie treats fans to Pretty Summer Playlist + Risky music video. Saweetie Responds To Rumors Quavo Repod Her Bentley Earlier this week, the rap star cleared the air in the funniest way possible. Saw took to TikTok with a hilarious videoto make sure everybody knows, the Bentley is still in her possession. In the clip, Saweetie joked around with a friend about losing her keys. A post shared by The Shade Room (@theshaderoom) Quavo Drops Hint He Repod Saweeties Bentley In April 2021, Huncho was heard rapping on a leaked and untitled trackabout repoing the Bentley he gave Saweetie for Christmas in 2020. Previously his team shut down rumors that the car was repossessed but it now seems like theyre true, per the audio. She slime and she sneaky/Taking back that Bentley Brehs..#quavojust evened the score. He confirmed he repo that Bentley on shawty. Im telling yall.. 2021 the year of the migos. Quavo on a war path Saweetie + Gwen Stefanis Slow Clap Gets Dragged Earlier this month, Saweetie and pop music icon Gwen Stefani were hilariously roastedover their new visual. Twitter users lit them up in light of the new collabo and pondering if it was really the best they could come up with. Thats the song? Why Gwen 50 still making videos in high schools I be rooting for saweetie so hard and she gonna release some sh*t likethat