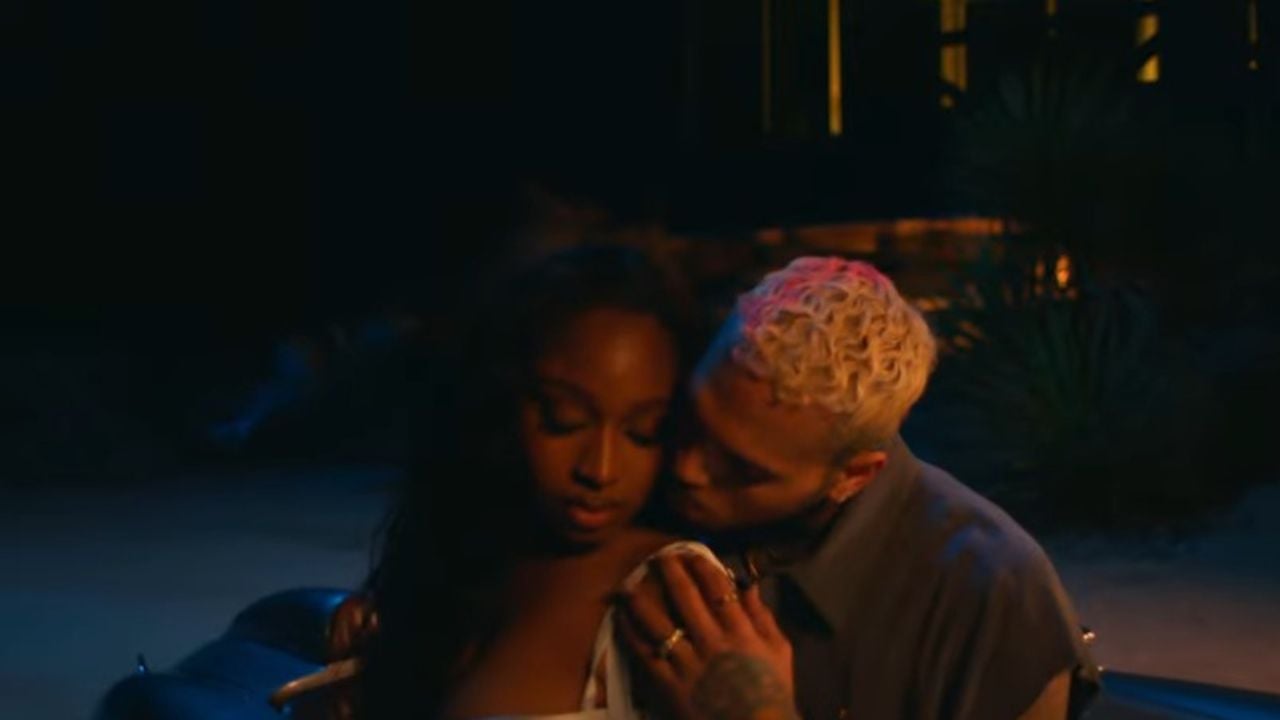 the music video to his newest single, We (Warm Embrace), from his anticipated Breezy Album.The steamy new video has fans questioning Normanis loyalty to Rihanna. The video shows Chris and Normani slowly dancing in a dim room together, getting close. They are also seen falling into a pool and sharing an intimate kiss underwater. They finally end up in a car where the light shines above them, and are lifted up into the sky. The sensual moments in the video rubbed Rihanna Navy fans the wrong waysince Normani has previously modeled for Rihannas company, Savage x Fenty. how can you model for Fenty and then do this? said Twitter user @danijel_444 The relationship between Brown and Rihanna ended in 2009 when he brutally attacked her after leaving a club. Normani, previously a member of Fifth Harmony, has been making headlines for her music and dance moves. Last year she released her song Wild Side featuring Cardi B No Hard Feelings Though the Fenty army cant seem to let the beef go, Breezy and RiRi seem to be on good terms. One of the first celebrities to congratulate and confirm the birth of Rocky and Rihannas firstborn child was R&B superstar Chris Brown. CB posted on a blank orange background CONGRATULATIONS with a prayer emoji and a heart. Though Chris didnt tag Ri or A$AP in the story, it was evident Breezy was sending love to his former flame.