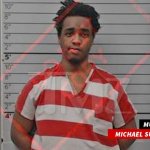 Rae Sremmurd younger brother Michael Sullivan has been charged with the murder of their stepdad.

CLOSE Source: TMZ / TMZ This is certainly not the type of publicity, or family business, that Rae Sremmurdwants parading up and down timelines. The rap duos younger brother has been charged with the murder of their stepdad. According to TMZ , Michael Sullivan, who is the half-brother of rappers Swae Lee and Slim Jxmmi, shot and killed his own father in Lee County, Mississippi Reportedly, the indicted was handed up in January after a Grand Jury heard all the evidence. Sullivan is currently in custody and facing a charge of 1st-degree murder. If convicted, he is looking at life in prison.