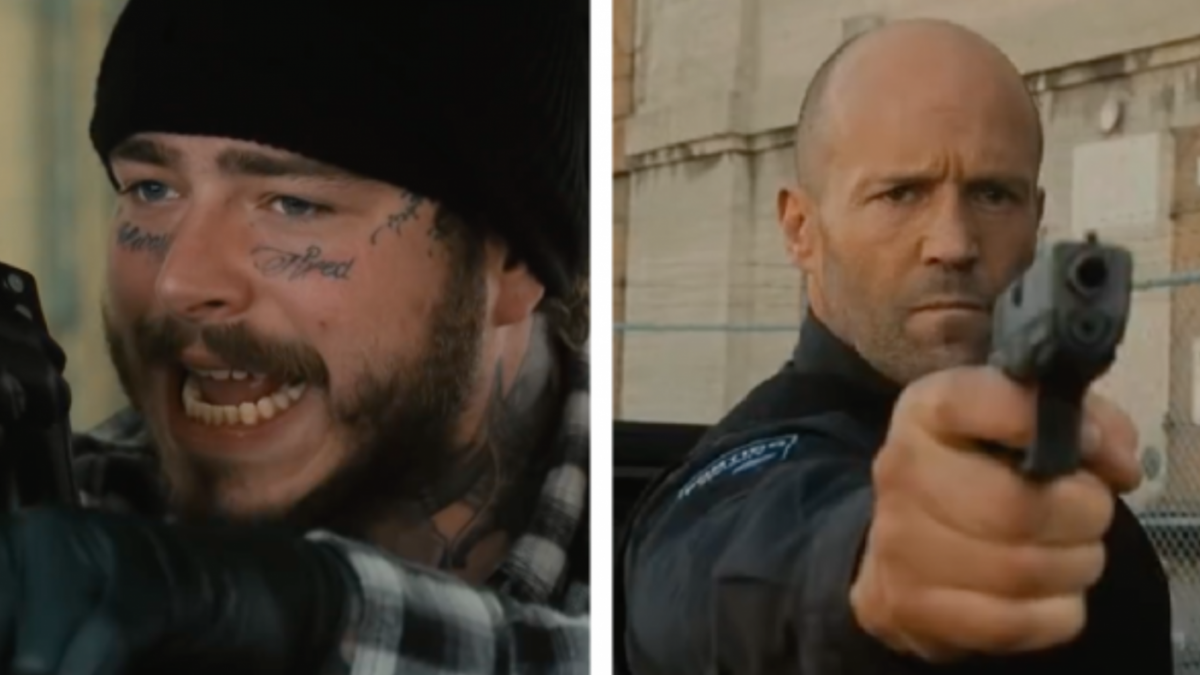 Post Malone received huge compliments from British actor Jason Statham and director Guy Ritchie for his role in the 'Wrath of Man' movie.

Post Malone landed a cameo role in the Jason Statham-led Wrath of Man movie which was released on Friday (May 7). Despite getting killed off pretty quickly, Statham who is known for his action roles in the Fast & Furious and The Expendables franchises spoke to USA Today about how impressed he was by the Circles rappers acting skills. Post came in with this big enthusiasm for being killed that day, he said. Hes like, I cant wait for you to kill me, man. I got sucked into that enthusiasm and he did a great job. Its just a shame that it was a short moment together. But I was privileged to pull the trigger in our little scene. The British actor added, He invited me to come make a record. I quickly relieved him of that bad choice. As it turns out, Post Malone actually landed the role through personally reaching out to the director, Guy Ritchie, who is known for his films such as Snatch, Lock, Stock and Two Smoking Barrels and more recently The Gentlemen. I know all about Post Malone, Jason Statham told Bossip. Guy told me that Post called him up and said, If youre making a movie, I wanna be in it, and it was as simple as that. People wanna work with Guy Ritchie for some reason me too. You know, hes got a good way, people like his films. He continued, And thats how it happened with Post he gave the call and couldnt have been more gracious. He turned up and just was as down to Earth as you could be, so we were really lucky. Im glad I got to shake his hand, you know?