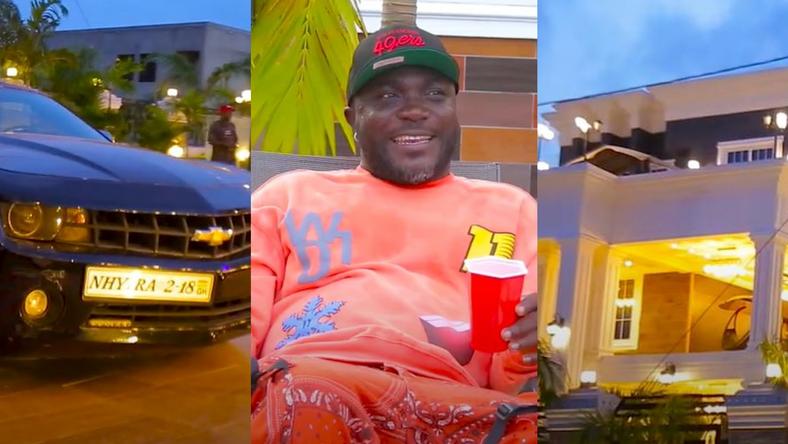 Ghanaian man builds 6-bedroom house from the sale of ice cream over the past 35 (video) Its an elegant edifice featuring a classic architectural blueprint that struck at first glance. At his recent birthday held on March 6, he called out controversial dancehall star Shatta Wale during an interview with Pulse.com.gh, describing the singers East Legon apartment as a joke and not up to standard. And right after the interview caught the attention of the Ayoo hitmaker who responded to Nhyiraba in series of Snapchat stories with shades the founder of Nhyiraba Kojo City took us inside his beautiful mansion just to prove a point. I started with a 3-bedroom house and by Gods grace, I cant count the number of buildings. I cant be 100 per cent sure of the number of buildings I have, he tells Pulse Ghanas David Mawuli. When you come to Klagon Hills, I own houses and lands. I'm also building more outside Accra. I can't mention it all. When it comes to cars, I have a lot, he revealed. He also disclosed that it took him just one year to complete his 9-bedroom mansion, and maintained that he cant count the rest of his buildings. I built this mansion exactly a year ago. I have a lot of buildings around, he concluded. Watch the interview below.