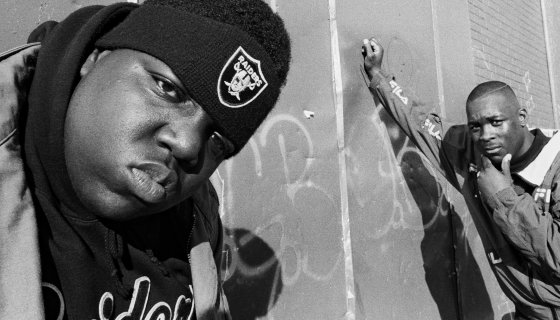 Netflix has the honor of dropping a new look at the origin story of the Notorious B.I.G. aka Hip-Hop King of New York in a new doc titled Biggie: I Got A Story To Tell.

documentary?yes, please. Netflix has the honor of dropping a new look at the origin story of the Hip-Hop King of New York in a new doc titled Biggie: I Got A Story To Tell . Source: Netflix / Netflix The documentary will be released on March 1 and touts rare footage that covers the Brooklyns MCs meteoric rise to rap superstardom. From the looks of the trailer, all the players who were there to help make it happen are involved including the late rappers mother Voletta Wallace, his day one Lil Cease of the Junior Mafia and Bad Boy Records founder Sean Diddy Combs, who also serves as an exectuive producer. Mama Wallace and I had a conversation about creating the first Estate sanctioned documentary about BIGs life and the initial thought was to have the story told from the perspective of his fans globally and how they were inspired by him and his music, said Biggies former manager Wayne Barrow, who serves as an executive producer, told Rolling Stone March 9 will be the 24th anniversary of Biggies untimely death at just 24 years old. A testament to his greatness, in late 2020 the Notorious B.I.G. was inducted into the Rock & Roll Hall of Fame Peep the trailer for the Emmett Malloy-directed Biggie: I Got A Story To Tell below. For the uninitiated, the title is a reference to the song I Got A Story to Tell from his posthumous Life After Death album. We consider this essential viewing off g.p. so get your schedules together accordingly. Source: Netflix / Netflix