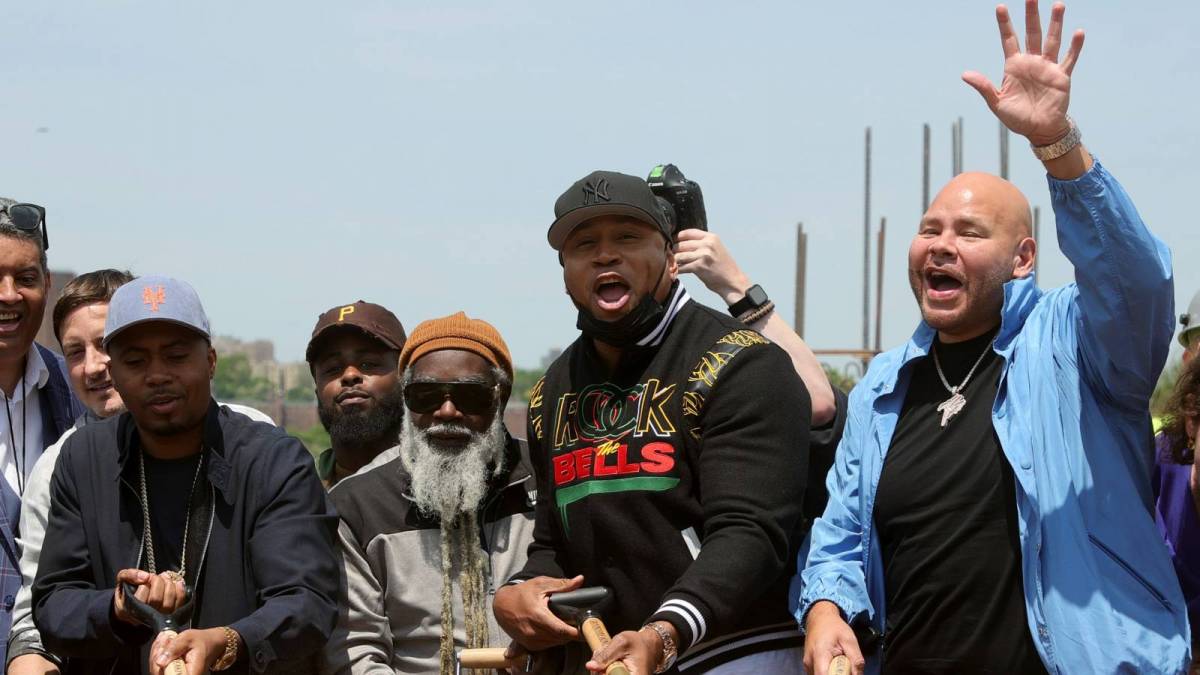 On Thursday (May 20), several Hip Hop legends took a trek to the Bronx to break ground on the first phase of Bronx Point, where the UHHMwill be housed.

ABC7 New York, Nas, LL COOL J, Fat Joe, Lil Kim, Naughty by Nature, Grandmaster Flash, Slick Rick, Michael Bivins (of Bell Biv DeVoe) and EMPD all joined Bronx Borough President Ruben Diaz Jr. for the ceremony alongside Assembly Speaker Carl Heastie, City Council Member Diana Ayala and other city officials. Hip Hop is one of those things that really gave my life meaning, LL COOL J said. It made me feel like I really could do something with my life. Nas added, It taught me more than schools taught me, believe it or not. Im proud to be here in the mecca of Hip Hop, the Bronx. The 50,000 square-feet UHHM is part of a $349 million project alongside the Harlem River waterfront. Bronx Points first phase promises to deliver 542 units of permanently affordable housing to the Lower Concourse neighborhood with approximately 2.8 acres of public open space. It will also provide an array of cultural and community-focused programming, including the UHHM, an early childhood space run by BronxWorks and outdoor science programming run by the Billion Oyster Project. In 2019, the State of New York donated a $3.5 million grant to the museum. Museum Director Rocky Bucano explained the museum will celebrate the four elements of Hip Hop culture: breaking, graffiti, DJing and MCing. The museum is part of the renaissance of the Bronx, Bucano said at the time. The Bronx is coming back, but the museum will be of the people and for the people.