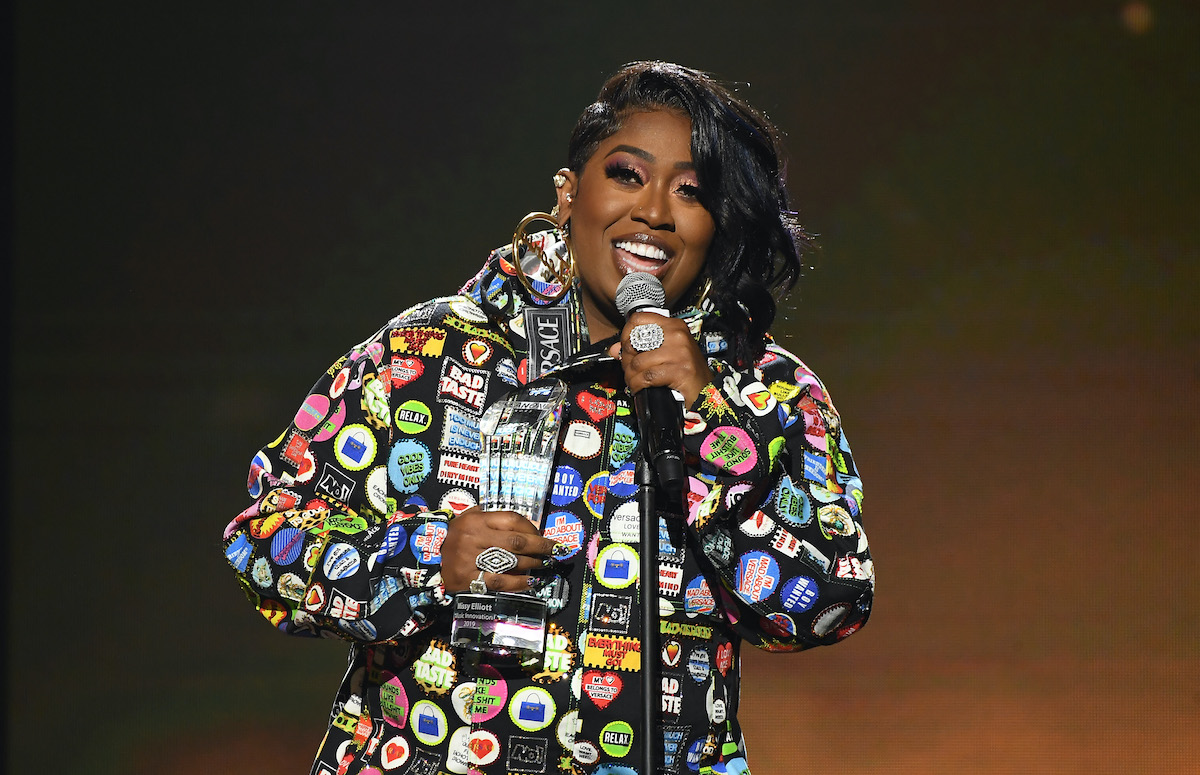 Missy Elliott started her music career in a very unexpected place: as a member of an all-female R&B group.

Missy Elliott is known nowadays as an iconic female rapper. But her career in music didnt even start out in the same genre. In recent years, shes returned to the rap game, even releasing an EP titled Iconography. But Elliott started off as a member of an all-female R&B quartet. Heres the details on the project that led her to become a best-selling musicartist. Missy Elliott speaks onstage during 2019 Urban One Honors | Paras Griffin/Getty Images Missy Elliott burst onto the rap scene in 1997 with Supa Dupa Fly Although hip hop has been popular for years, the genre really went mainstream in the late 1990s. And the artist then billed as Missy Misdemeanor Elliott was an integral part of that wave. 1997s Supa Dupa Fly spawned singles like The Rain (Supa Dupa Fly) and Sock It 2 Me. Suddenly, Elliott became a musical force to be reckoned with. In the years that followed, Elliott broke even furtherinto the mainstream. Songs such as Get Ur Freak On and Work It combined Elliotts signature flow with longtime collaborator Timbalands production. Their partnership, in fact, emerged as one of the most definitive in modern hip hop. But Elliott almost didnt pursue a rap career at all. RELATED: Missy Elliott Owns One of the Most Disliked Exotic Cars Worth Over $200k But her music career began a few years earlier in a group called Sista Rather, Elliotts music career began in a much different place. In the early 1990s, she was a member of an R&B groupcalled Sista. Their first and only album 4 All the Sistas Around da World was slated for release in 1994. But when Sistas first single, Brand New,failed to gain traction, it was indefinitely placed on hold. Sistas album featuring Timbaland production and a Mary J. Blige guest appearance eventually hit streaming services in 2017. By then, Elliott had cultivated an entirely new persona and was ready to get back into recording music. This time though, she pursued a rap career. And the rest is music history. RELATED: Missy Elliott Praises Rapping Teacher and Shares Fun Fact About Her Own School Days Missy Elliott returned to music in 2019 after a lengthy hiatus After the release of 2005s The Cookbook, Elliott took a break to grapple with her Graves disease. However, she returned a decade later with some new music. And though she hasnt released a full-length just yet, Elliott is once again an active musical artist. And her fans couldnt be happier to have her back. Even for those who didnt appreciate her before, the show goes to to great lengths to remind fans of her rapping skill However, it also set the stage for Elliott to someday soon drop a complete album experience. Across the past few years, Elliott has released a few charting hits and, of course, Iconography. But fans suspect she has a lot more on the way soon. 2021 Showbiz Cheat Sheet, All Rights Reserved.