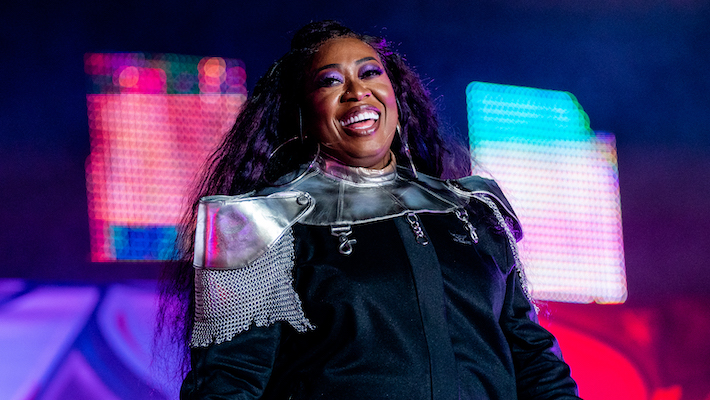 Missy was all for the vocals the Atlanta rapper belted out as Keyshia and Ashanti went head-to-head in Thursday's 'Verzuz' battle.

January 22, 2021 Responding to a clip from 21 Savages livestream that was posted by HipHopDX, Missy said, Love @21savage heavy with a purple heart and two raised hand emojis. Shortly after a fan replied to her and said, Collab! Missy seemed to be all for working with the rapper as she said, Most def. The interaction between Missy and 21 is just the latest example of the hip-hop and R&B worlds coming together thanks to Verzuz. During Thursdays battle, Keyshia Cole invited O.T. Genasisto sing Love with her, signaling that tensions between the two had subsided. Back in 2019, O.T. released a remixof Love to the distaste of Keyshia, but thankfully the duo was able to put their differences aside for the warm moment on Verzuz. You can view Missys tweets above. Missy Elliot is a Warner Music artist. Uproxx is an independent subsidiary of Warner Music Group.