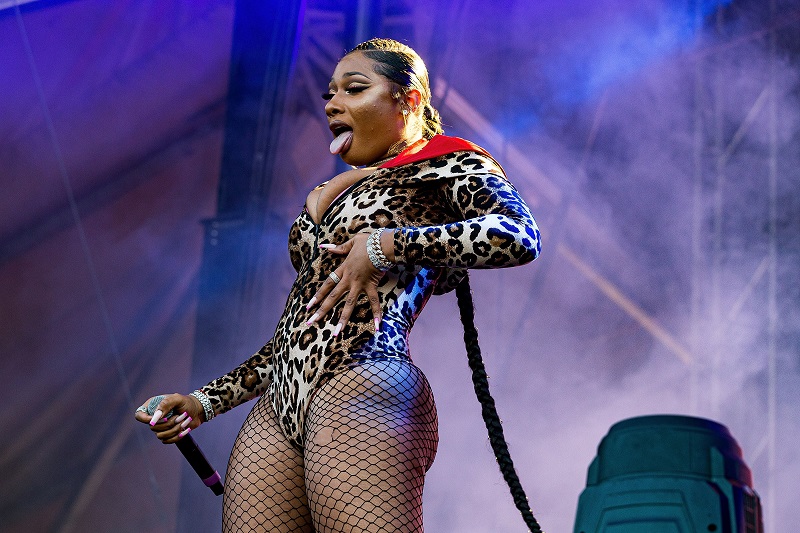 On Sunday night (March 14), while leaving The Highlight Room in Hollywood, TMZ caught up with Megan thee Stallion to congratulate her on her win.

TMZ caught up with Megan thee Stallion to congratulate her on her win. During that conversation, Meg was asked about the Grammys being rigged. Within her response, she simultaneously shows support for The Weeknd; despite his own issues with the Recording Academy. Hell no, the Grammys aint rigged, the female rapper responds. Bitch, you lose some you win some. Advertisement Afterward, Meg was then asked what she thinks of The Weeknd announced that hes boycotting the Grammys. Megan quickly responds by showing love for the 31-year-old singer. We love The Weeknd, she says. We stan. The drama behindThe Weekndand his relationship with the Grammys was aired out three days before the award show aired. According toThe New York Times, the Canadian singer announced that he willno longer be submittinghis music to the Recording Academy for consideration. While announcing his withdrawal, he explains that; Because of the secret committees, I will no longer allow my label to submit my music to the Grammys. This isnt his first time blasting the award show. Last November he calls the Recording Academywhich oversees the coveted award showcorrupt. The Grammys remain corrupt, he says in an Instagram. You owe me, my fans and the industry the transparency. Currently, Megan has a different relationship with the Grammy committee. The 26-year-old rapper took home awards for Best New Artist, Best Rap Song for Savage (Remix) featuring Beyonc. She won the Best Rap Performance category for the same song. While Megan Thee Stallion didnt win Record of the Year, pop star Billie Eilish dedicated her victory to Megan; insisting the young MC should have been the winner. Do you think the award show is rigged? Let us know in the comments below.