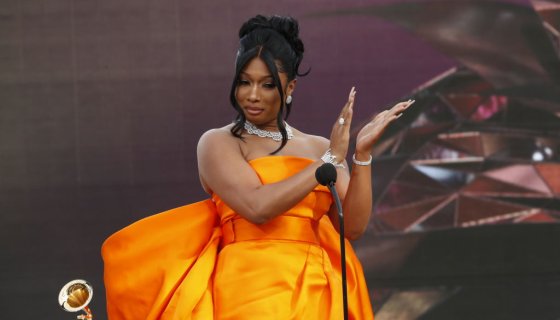 Megan Thee Stallion and Fashion Nova have donated $100,000 on the one-year anniversary of Breonna Taylor's death.

her vivid Saturday Night Live performance last October. Megan famously stood still in front of a backdrop that captioned Tamika Mallorys audio calling out the savages who invoke violence on Black men and women. There was also smoke for the Kentucky Attorney General, who recommended charges that allowed officers to avoid charges for their fatal actions that caused Taylors death. Daniel Cameron is no different than the sellout Negroes that sold our people into slavery, the audio blared across the screen. Because of him, two officers walked because they were justified in their acts and their conduct, and one was charged for shooting into another apartment. None of the officers were charged for the death of Breonna Taylor. Read more here . Anyway, Fashion Nova offered more color into their mission with mention of youth outreach and a call for economic, social, and racial justice through police reform and government accountability. The foundation also seeks to help young people to realize their full potential, empowering them to participate in political processes and achieve better health, with mentorship programs for high-school girls, after-school initiatives, and educational support, the apparel company wrote on Facebook. The move is a continuation of Megan and Fashion Novas very successful partnership that previously grossed $1.2 million in the first 24 hours of the rap stars