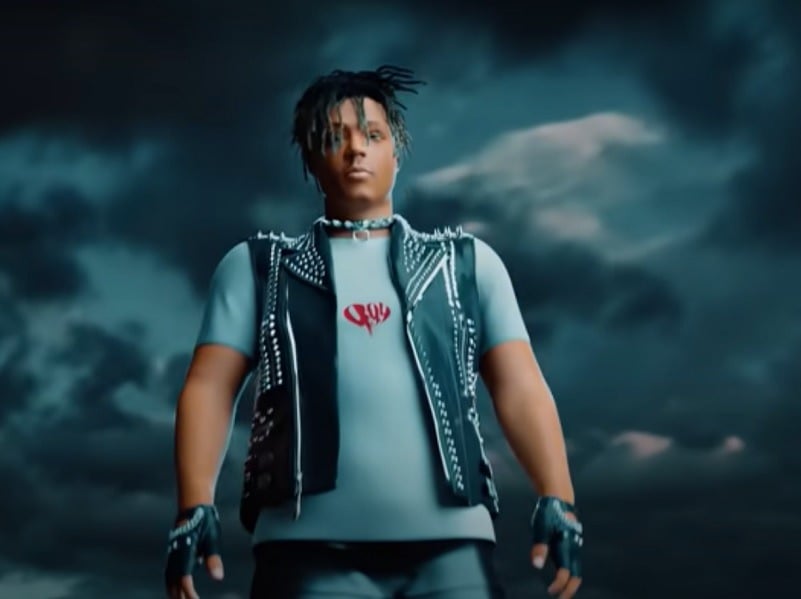 While most of the hip-hop community's attention Friday was focused on DMX's Exodus album release, another late rap icon was honored with a posthumous new music

Share Juice WRLDs Hit Lucid Dreams Remixed W/ Lil Uzi Vert Last week marked the three-year anniversary of Juice WRLDs debut album Goodbye & Good Riddance, which featured the song Lucid Dreams. (Juice WRLD passed away on Dec. 8, 2019, at just 21 years old.) Interscope re-released the album this week with two new songs, 734 and the Lucid Dreams remix featuring Lil Uzi Vert. I sometimes get lost in my head / Im so in love with that girl / I got the Juice in this World / She dont believe in loyalty, but want diamonds and pearls (Lil Uzi Vert) Lucid Dreams Is One Of Spotifys Most Streamed Songs Of All Time The original version of Lucid Dreams has been streamed over 1.6 billion times on Spotify, which ranks 16th in the platforms history. The only rappers with more streams for a song are Post Malone and Drake. Lucid Dreams peaked at No. 2 on Billboard and has sold over six million copies. I have these lucid reams where I cant move a thing / Thinking of you in my bed / You were my everything / Thought of a wedding ring / Now Im just better off dead (Juice WRLD) Juice WRLDs Popularity Keeps Growing Juice WRLD reached another posthumous milestonein late 2020. He became the only artist during 2020 to have two albums each sell over one million units in the U.S. His 2019 album Death Race for Love, and his 2020 release Legends Never Die each sold over one million units. Juice WRLD is the first and only artist to have two albums sell over 1 million units each in the US in 2020. Juice WRLDs Girlfriend Reveals Miscarriages The girlfriend of Juice WRLD came out with some words about their relationship Ally Lotti took to social media to reveal they tried several times to have a kid but unfortunately it didnt work out. Its all he wanted. We worked a lot and it took a tol on my body I was always sick. three miscarriages and after he passed away one more due to stress. . The one of the first ppl to call me after he passed was my OB/GYN..