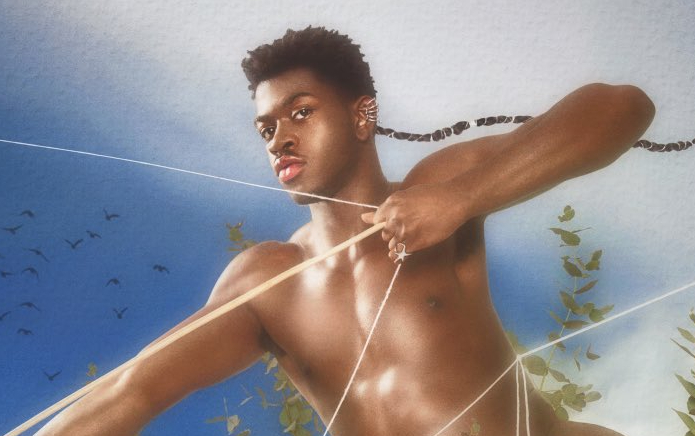 Lil Nas X shares artwork and release date for new single Montero (Call Me By Your Name) By Sam Damshenas Lil Nas Xs long-awaited new single Montero (Call Me By Your Name) is arriving later this month. The Grammy-winning rapper finally shared the release date and artwork for the track, which depicts the star as both God and Adam in a reinterpretation of The Creation of Adam. Lil Nas X first teased the infectious rap anthem in July 2020 with a 38-second snippet, which includes lyrics such as, Call me when you want, call me when you need, call me in the morning, Ill be on the way. It even earned approval from Rihanna herself, who told the 21-year-old during a livestream that the song is banging and dope. Due for release 26 March, Montero (Call Me By Your Name) will be his first single since the Christmas-themed banger Holiday, which has been certified gold in the US. Presumably, both songs will be included on Lil Nas Xs forthcoming debut album. In September, he told fans via his Twitter bio that the album was 98% done. He also shared a page of song titles, which included the aforementioned Montero (Call Me By Your Name), as well as Titanic, One of Me and Dont Want It. Earlier this year, the stars number one country-rap classic, Old Town Road, was awarded its 14th platinum certification in the United States, becoming the most certified single in history. The title was previously held by Luis Fonsi, Daddy Yankee and Justin Biebers reggaeton collaboration Despacito. Old Town Road conquered the Billboard Hot 100 for 19 historic weeks in 2019, three weeks longer than the two previous record holders; Despacito and One Sweet Day by Mariah Carey and Boyz II Men. During its reign, Lil Nas X made headlines when he came out as gay, becoming the first artist to do so while having a number one song. He later became the second openly gay man, after Elton John, to earn a diamond-certification for a single. At the 2020 Grammy Awards ceremony, Old Town Road took home awards for Best Pop Duo/Group Performance and Best Music Video, while Lil Nas X received further nominations for Best New Artist, Best Rap/Sung Performance, Record of the Year and Album of the Year. MONTERO (CALL ME BY YOUR NAME) 326