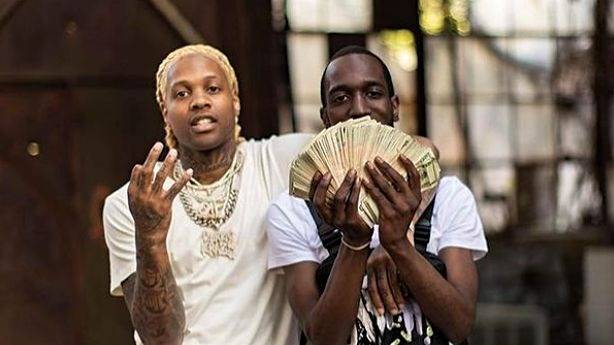 Chicago rapper JusBlow600, who's signed to Lil Durk's Only The Family imprint alongside the late King Von, was reportedly arrested last week.

Lil Durk & King Von Labelmate JusBlow600 Arrested For Murder + 6 Felony Counts Published on: Dec 15, 2020, 6:12 PM by 6 Chicago rapper JusBlow600,whos signed to Lil DurksOnly The Family imprint alongside the late King Von was reportedly arrested last week. According to The Times of Northwest Indiana,JusBlow600 real name Justin M. Mitchell was extradited back to Chicago where hell face a murder charge and six additional felonies. In addition to the 25-year-old rapper, Paradise Haynes and Lucky R. Tyler stand accused of planning to rob 19-year-old Khalil Carter on Halloween 2017 in Hammond, Indiana. But during the alleged attempted robbery, Carter was killed while Carters cousin and JusBlow600 himself were wounded as a shootout ensued. Lake Criminal Court documents reportedly identify JusBlow600 as the triggerman, explaining he shot Carter with an assault rifle. But on Tuesday (December 15), JusBlow600 shared an Instagram post claiming he was innocent, while promoting a new project at the same time. They tryin 2 build cases off lies and snitches! Imma stay 10 toes down, he captioned the post. Mr.SnitchK . RN4L P.s : Album OTW. I love and thank my support system and fans!! Imma be back when I beat the case. BlowDaMan. View this post on Instagram A post shared by JusBlow SnitchK (@jusblow600) But Haynes has already pleaded guilty to one count of robbery resulting in bodily injury, a level two felony, and could face 10 to 30 years in prison. Meanwhile, Tyler and JusBlow600are facing one count of murder, one count of murder in perpetration of a robbery, two counts robbery, one count of aggravated battery and two counts of criminal confinement.