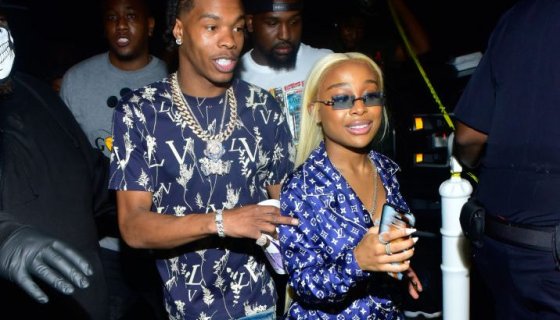 For Mother's Day, it appears that My Turn star went all out for Jayda on the big day but Twitter is skeptical of the display and called it a pay-off tactic.

Lil Baby and his sons mother Jayda Cheavesappears to be ongoing despite the allegations of cheatingand such heaped upon the Atlanta rapper. For Mothers Day, it appears that My Turn star went all out for Jayda on the big day but Twitter is skeptical of the display and called it a pay-off tactic. By way of Jaydas Instagram story feed and her page in general, Mothers Day was a big deal with a lavish display of flowers, champagne flutes, and more. Jayda also reportedly got a few Birkin bags and a new car from Lil Baby, although hes not seen anywhere in the images or video clips that surfaced. It appears that Lil Baby was at the event if a video on his Instagram story is any evidence. Some are using that moment and the gifts to signal that the couple has since reunited after a cheating scandal last year exploded on social media. Doing a little bit of Instagram snooping, we found out that the Mothers Day spread was put on by Jahlil McAllister, an event planner out of Atlanta. A look at the @jmmcallisterevents Instagram story features an image of Lil Baby on FaceTime with someone, presumably to plan the big rollout for Jayda. While some on Twitter are over the moon that Lil Baby continues to cake up heavy with Jayda, many more are saying its not enough to put up with the cheating rumors and embarrassment. Check out the reaction from all sides below.