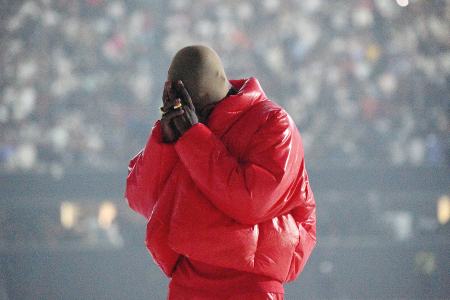 The Source| Kanye West to Host Another DONDA Listening Party in Mercedes-Benz Stadium ATL . Did DONDA drop today? No but theres another

listening party there broke Apple Musics global live stream records, with over 3.3 million viewers watching live. AlthoughDONDAisnt finished yet, theAugust 6release date has been officially confirmed. In the meantime, Kanye West has been living in the stadium until he completes the album. In the side of the Mercedes-Benz Stadium, Kanye has a room where hes been housing himself. Dondas Place Twitter account also tweeted out the music and fashions mogul living conditions. Locked in at the DONDA studio @kanyewest(ig)