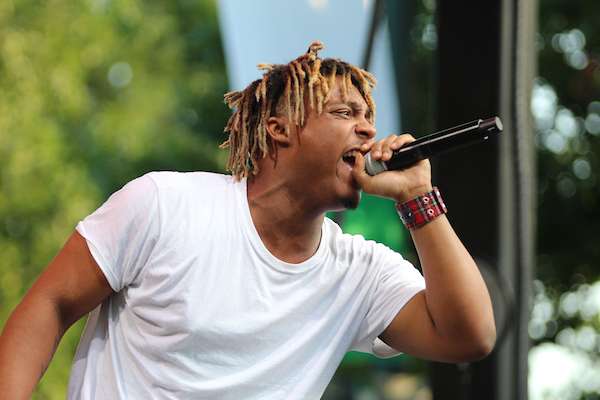 The Source| Juice WRLD Posthumous EP The Party Never Ends Is 90% Done . Details on the EP, including the tracklist and a release date, have

Hip Hop News | Trending Hip Hop Stories The Party Never Ends is Juice WRLDs second posthumous release, following his Legends Never Die album in 2020, which debuted at the top of the Billboard charts. Details on the EP, including the tracklist and a release date, have not yet been announced. Visit streaming.thesource.com for more information Yesterday, Lil Bibbysaid via Twitter that the first part of the project is almost complete, theyre just waiting on Travis Scott. Bibby used Twitter to ask his fans to assist in completing the mission. The rapper, who signed Juice WRLD to his label Grade A Productions, tweeted, First part of the album is 90% done, jus waiting on @trvisXX spam him!! Advertisement First part of the album is 90% done, jus waiting on @trvisXXspam him!! Lil Bibby (@LilBibby_) This announcement came after Bibby revealed via Twitter that the EP will have three parts. Its 3 parts to the album Lil Bibby (@LilBibby_) June 30, 2021 Thanks to Lil Bibby, we can add Travis Scott to that A-lists of rappers. Who knows what the delay is, but hopefully the ragers can pull through and make it possible. Juice WRLDs manager, Peter Jideonwo, recently did an interview with Twitch streamer Adin Ross, and he said that a new EP will feature tracks with Lil Uzi Vert and several other A-lists artists. We got a EP coming out calledThe Party Never Ends, Jideonwo said. Lil Uzi Verts gon be on there, a few other big people gon be on there. Even though Juice is gone, his music is still alive as he has been featured in a number of new tracks Migos featured him on Culture III, and he appeared on Maroon 5s new album Jordi. His team also recently reissued his debut album Goodbye & Good Riddance. Which featured a remix of Lucid Dreams with Lil Uzi Vert and a new solo track, 734. Released in celebration of the tracklists third anniversary. The team of the late rapper also recently confirmed that in addition to the posthumous album, HBO will be concurrently releasing a documentary. Juice WRLD may be in Heaven resting with hip hops late fallen soldiers, but the party is not over.