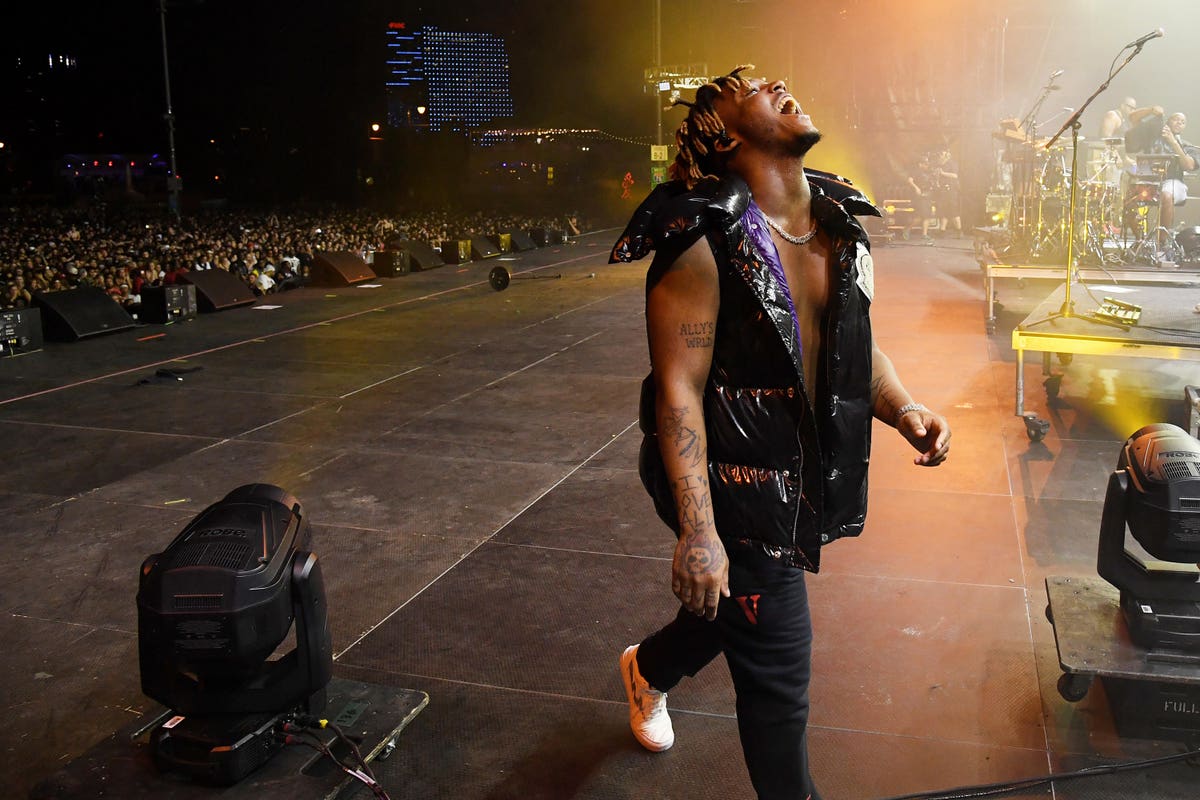 Juice WRLD returns to the Hot 100 with a new take on a recent single.

PHILADELPHIA, PENNSYLVANIA - AUGUST 31: Juice Wrld performs onstage during Made In America - Day 1 ... at Benjamin Franklin Parkway on August 31, 2019 in Philadelphia, Pennsylvania. (Photo by Kevin Mazur/Getty Images for Roc Nation) Getty Images for Roc Nation This week, the Hot 100 belongs to Drake. Hes unbeatable, and hes made history in countless ways...which hes used to doing by now. Already the most celebrated musician on the chart, the rapper proves there are still records to be broken and feats to be managed for the first time with a handful of big hits. Behind him, several other well-known figures are having a good time as well, as a number of stars score new wins and hit new highs on the all-encompassing tally. Heres a look at five of the most important moves on this weeks Hot 100 singles chart. No. 1 - Drake - Whats Next Any time a new song debuts at No. 1 on the Hot 100, its worthy of celebrating, as it remains a relatively rare feat. Of the more than 1,100 singles that have hit the top of the most competitive ranking of tunes in the U.S., fewer than 50 have started their time on the throne, with Drakes Whats Next being the forty-ninth As if debuting a song at No. 1 on the Hot 100 wasnt a great enough accomplishment for one week for the Canadian hip-hop star, Drake also starts new tracks at Nos. 2 and 3 as well Coming in behind Whats Next are Wants and Needs with Lil Baby and Lemon Pepper Freestyle with Rick Ross, which land at Nos. 2 and 3, respectively. All three Drake tunes are featured on his recent surprise EP Scary Hours 2, and its assumed at the moment theyll also be present on his forthcoming album Certified Lover Boy. MORE FOR YOU