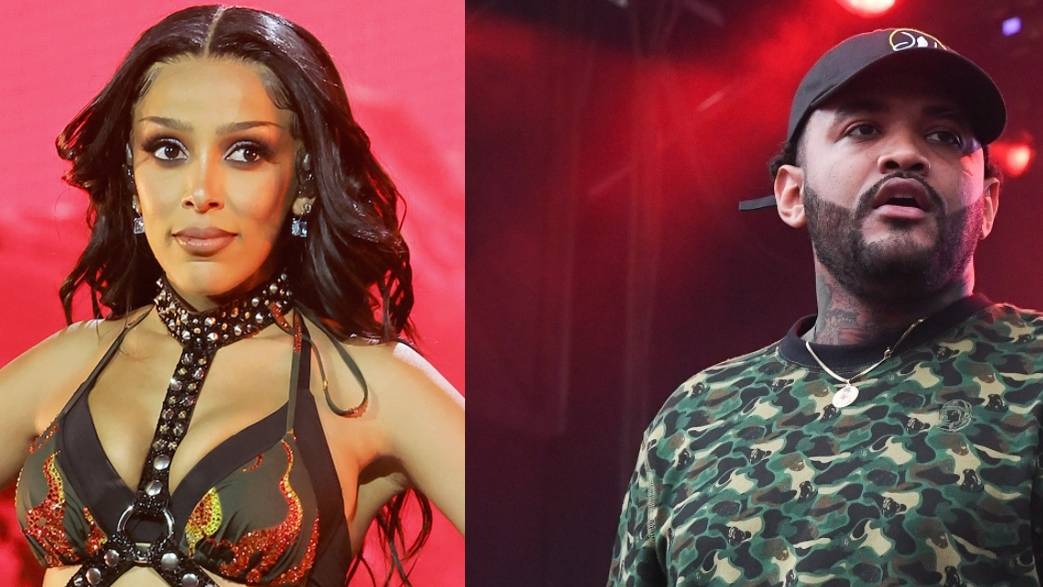 Joyner Lucas has come to the defence of Doja Cat after the singer/rapper shaved off all of her hair including her eyebrows.

Joyner Lucas has come to the defence of Doja Cat after the singer/rapper shaved off all of her hair including her eyebrows. Shortly after the Planet Her artist shared the video of herself newly hairless, Lucas hopped in the comment section of The Shade Rooms Instagram post to show love for Doja Cat. Shorty a icon, he said. She different. Shes her. Shes whatever she wanna be. Shes a super star. She can do what she want and still make it sexy. Doja Cat is 1 of 1. She goes against the grain. Thats what makes her dope. He continued: I dont think its mental health or her having a breakdown. I just think she doin whatever the fuck she wanna do becuz she can. I love it. Keep killin shit Doja. You a star. As part of Doja Cats video, she said her decision to shave her head stemmed from her frustrations with having hair at all. I feel like I was never supposed to have hair anyway, she said. I dont like having hair. I never liked having hair. I cannot tell you one time since the beginning of my life that Ive ever been like, This is cool. I just do not like to have hair. August 5, 2022 She also felt like her hair got in the way of her gym workouts. Instead of focusing on the various exercises she was doing, she was worried about her wig. I remember feeling so fucking just exhausted with working out, she continued. Like whenever I went to go train, I had a trainer at one point, and Id be wearing wigs and they would be getting tacky, theyd like retack because of the moisture, and then theyd start sliding and peeling off of my head while Im doing this incredibly strenuous thing. Id be working out, but I couldnt focus because I was more concerned with how I looked and how my hair was doing and how to keep it adhered to my scalp and then it would slide off and then Id put on a beanie. She added: There were times I put on a beanie on top of my wig, thats on top of a wig cap, thats on top of braids. Doja Cat explains why she decided to shave all her hair off https://t.co/FoC4kydEIQ August 5, 2022 But when Doja Cat shaved her eyebrows off, people started suggesting she was having some kind of mental breakdown. Several people voiced their concerns in the comment section, asking her if she was OK. In turn, Doja assured her fans she was in her right mind. Its so funny, all the Terry Jos and the country girls in my chat are like, Are you OK, sis? Are you OK? Sis? Are you OK, baby? she said. Im fine Terry Jo, Im just fine. Im doing dandy. Its not the only day this week that Doja Cat has had to deal with some social media chatter. On Tuesday (August 3), the singer fired back at a Twitter user who told her grow up and complained about the You Right hitmakers online habits. After Doja Cat tweeted that People r so fucking dumb its terrifying, Twitter user @NeedItInMe replied: Can you please grow up lmao. All you do is come online and rant about stuff. never anything positive or being grateful. Just constant negativity, its so embarrassing and sad tbh. Doja Cat quickly snapped back: Shut the fuck up nerd nobody gives a fuck. After going back and forth with @NeedItInMe and a few others, Doja revealed she couldnt tweet anymore as she had several tweets in the chamber that Twitter werent allowing her to tweet. Subscribe to DX Newsletter