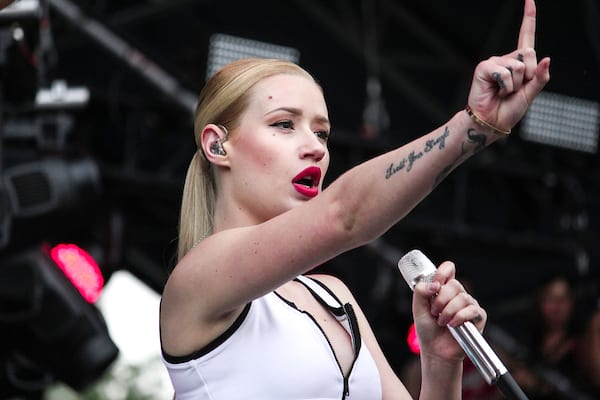 Iggy Azalea Reveals Thirsty Celebrities In Her DMs Iggy Azalea makes it clear that her DMs are flooded with celebrities and influencers. Over

Visit streaming.thesource.com for more information Over the last decade, there has been an uptake on direct messaging leading to relationships or failures. Weve bear witness to both successful DM slides and DM denials. At times the denials can be amicable between both parties. On the other hand, they can expose the thirst of the DM slider. Along with a number of women on social media, preferably Instagram, Iggy Azalea can certainly relate to this. The Australian rapper recently took to TikTok to expose some individuals with verified Instagram accounts. After a public dispute with her childs father, Playboi Carti, the two ended their relationship, leading to single co-parenting life for both of them. Advertisement After the breakup, it looks like a number of celebrities saw that as an opportunity to shoot their shot. While she blurred out the names of those received messages, her TikTok video tells the audience that she plans to return to sender. The verified accounts ranged from 1.2M followers to 27M. One person of interest even offered to marry the Fancy rapper and vowed to protect her better than Carti. Another one offered to fill her Cash App with $15K just for a conversation. Many of those shots were missed, but it is interesting to see how many are free to express their extreme fondness for the rapper. Most DMs are more extreme than others including one that offered to kiss inside your butthole. Another offered to eat that thang like a jar of honey.