How Many Grammy Awards Does Missy Elliott Have? 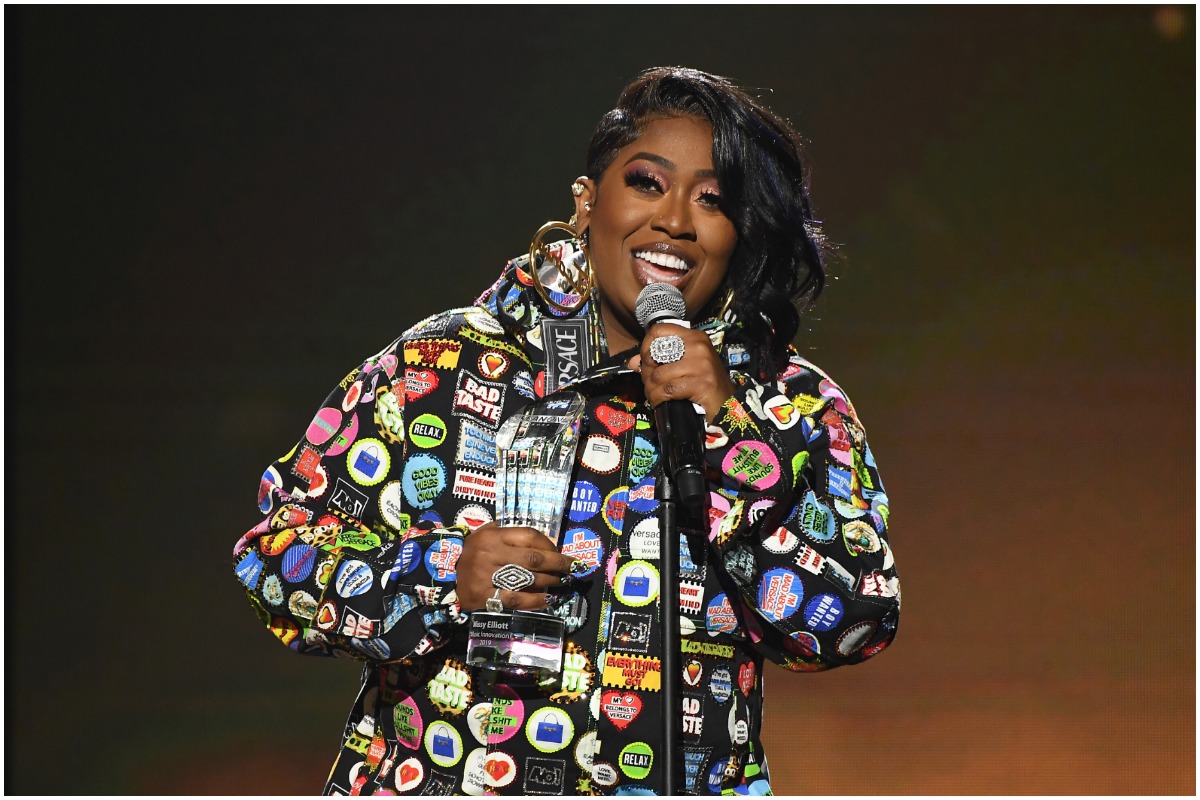 Missy Elliott has a net worth of $50 million. See how many Grammy Awards the 'Work It' rapper has.

Missy Elliott burst into the music industry as a solo artist in the late 90s. Although she received praise for producing tracks for SWVand 702, she debuted her first project titled Supa Dupa Flyin 1997. Throughout her career, the Get Ur Freak On rappers work received recognition from theNational Academy of Recording Arts and Sciences. The academy is responsible for selecting who receives a Grammy Awardeach year. Missy Elliott|Paras Griffin/Getty Images Missy Elliott won her first Grammy Award in 1997 Elliott was born Melissa Arnette Elliott on July 1, 1971. While growing up in Portsmouth, Virginia, she found her passion for music. After graduating from high school in 1990, the Work It rapper joined a group called Sista. Along with her childhood friend, Timbaland Elliott helped produce the bands first album, 4 All the Sistas Around da World, in 1994. RELATED: Alyson Stoner Worried About Ruining Missy Elliotts Video Vanguard Tribute Before Her VMA Performance of Work It Shortly after their project debuted, the Hot Boyz performer got to work on her musical effort. On July 15, 1997, Elliott released her studio album, Supa Dupa Fly. The album featured multiple artists, including Lil Kim Timbaland, and Busta Rhymes. Additionally, the rapper produced hits such as The Rain and Beep Me 911. Supa Dupa Fly received accolades from music critics in the late 1990s. When the Grammy Awardnominations came out in 1998, Elliott earned three nods. The first two were for Best Rap Album for her first project and BEST RAP SOLO PERFORMANCE for The Rain. The Honey actor also received a Grammy nomination from her collaboration with Lil Kim on 1997s Not Tonight. The song paid homage to Kool & The Gangs Ladies Night and featured Angie Martinez and Lisa Left Eye Lopes. How many Grammy Awards has Missy Elliott won? After her initial Grammy Award nominations, Elliott continued to make her mark in the music scene. She released her second album, Da Real World, in 1999. The project featured singles such as her Hot Boyz, featuring Lil Mo. Elliott continued to write and produce songs for A-listers, including Aaliyah Whitney Houston, and Michael Jackson. RELATED: Missy Elliott Explains the Confusion Surrounding Her Work It Lyrics-They Thought I Was Saying All Kinds of Nasty Stuff In 2002, Elliott debuted her fourth studio album, Under Construction. On the album, fans of the musician heard singles Work It, Gossip Folks, and Back in the Day. The rapper also challenged herself with creative music videos that ultimately became short films. Under Construction brought Elliott her first Grammy win. In 2001, she took home a trophy for BEST RAP SOLO PERFORMANCE for Get Ur Freak On. She would go on to earn three additional Grammys throughout the early 2000s for her songs Scream a.k.a. Itchin, Work It, and Lose Control. Missy Elliotts net worth and her most recent album According to Celebrity Net Worth Elliott has a net worth of $50 million. In addition to her Grammy wins, the One Minute Man artist has 22 nominations under her belt. After a successful run of songs in the mid-2000s, the rapper took a break to collaborate on songs with other artists. However, fans of the performer demanded that she receive her accolades for the contributions she made to music and videos. The push from Elliotts supporters earned her the 2019 MTV Video Vanguard Award RELATED: Missy Elliott Wants to Do a Verzuz Battle With Herself While receiving the award, the Grammy winner shared how much the recognition meant to her career. I promised I wouldnt cry because I cry every award , but the Video Vanguard Award means so much to me, Elliott said at the ceremony. I have worked diligently for over two decades, she continued, adding that she never thought Id be standing up here. It dont go unnoticed, the support and love youve shown me over the years. 2021 Showbiz Cheat Sheet, All Rights Reserved.