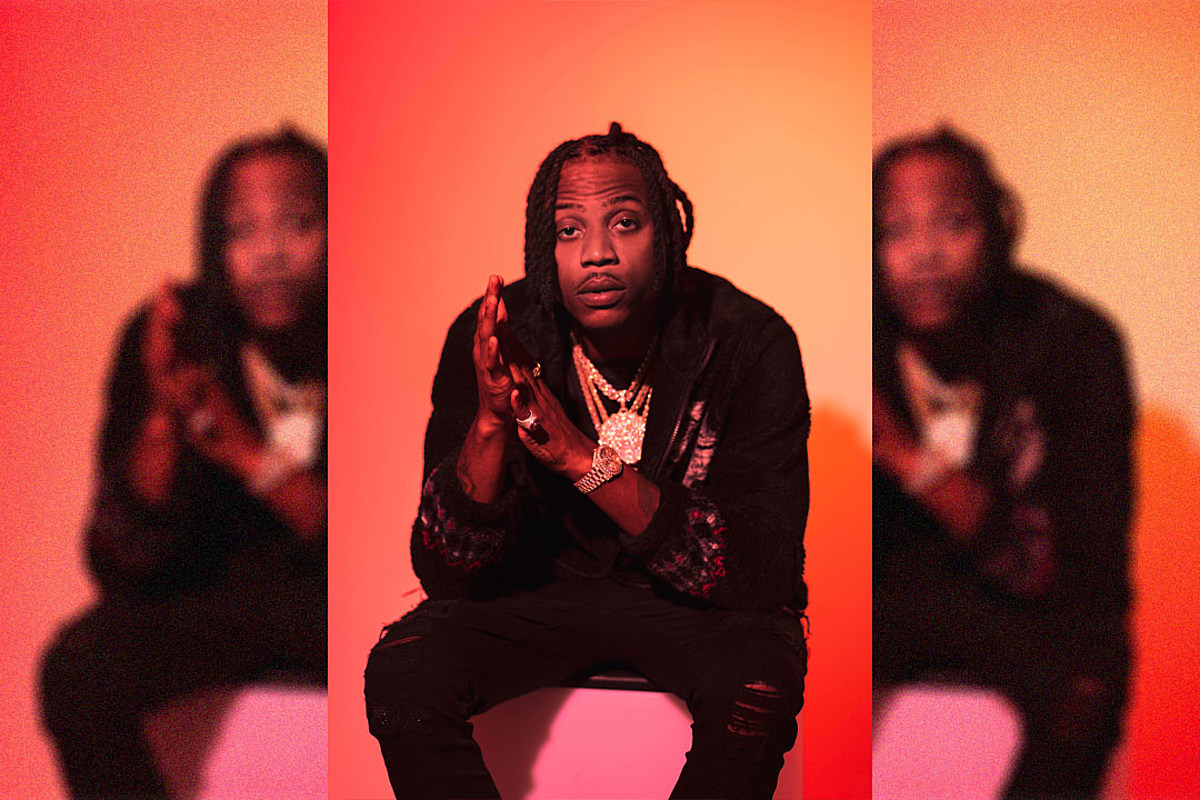 Leave Me Alone and How I Move, the Brooklyn-bred rapper is gearing up to drop his debut album. The impending effort doesnt have a title or release date just yet, but is promised to be composed of a slew of versatility. And while the LP will arrive amid a global pandemic, that isnt the only thing Flipp has been focusing on while the nation is at a standstill. Hes been tapping into his own personal growth, honing in on his creativity and delving into new interests hes developed over the last few months. Flipp is setting out to apply pressure in all facets of his life and he speaks with XXL on how he plans to do just that. XXL: What is the biggest lesson youve learned in your career so far? Flipp Dinero: The biggest lesson Ive learned? Ive learned to just keep working. The biggest lesson Ive learned is to keep working and never judge yourself. A lot of artists tend to judge themselves in the sense ofthis goes back to following the wave. The biggest lesson Ive learned is to not judge myself and be creative. Whats one thing that you wish someone wouldve told you before you even embarked on your rap journey? One thing I wish someone wouldve told me is to be free with the craft. People make this shit so strict. People turn the craft into a job and thats what makes the music not enjoyable. Actually enjoy the music. And I wouldnt say I hit a point where I wasnt enjoying the craft, but its like, I wish someone elaborated on, Yo, actually have more fun with it. Thats why Im saying the difference between my prior project and this one is the experimentation. Its me actually trying different shit. I feel comfortable with the craft. Im having fun with it. I wish someone wouldve told me, Yo, have more fun. What would you say is the biggest adjustment youve had to make during the pandemic that you were most reluctant about? The biggest adjustment I had to make was being by myself. I was so used to being around people, being at shows, being at parties. I was so used to that and when everything had slowed down because we couldnt do that anymore as artists, it put me in the zone like, Damn, what the fuck? Then, I caught myself and I started to appreciate the time I had to myself, thus allowing me to create more and just be more creative, which is why I feel like this project that Im coming out with is just gonna be epic. Its gonna be something real. Just melodic feel, filled with a bunch of vibes. Its gon be something to take serious. Did you pick up any cool hobbies during this quarantine? Learn anything new? Yeah, definitely. Started working out crazy, started digging into real estate, stocks. I actually learned how to ride ATVs. Im talking about really riding ATVs. Just go crazy. Yeah, that was it. It was a bunch of things I started learning about myself as well. Aside from dropping the album, what should we expect from you next year? Definitely just more pressure. Just the music, thats my main objective right now. Im just tryin to literally flood them with the music. Right now, Im applying pressure. Thank God I had my debut single Leave Me Alone go three-times platinum. Thank God I have my second major single How I Move featuring Lil Baby go crazy. And this one, No No No featuring A Boogie Wit Da Hoodie, that dropped . Its going crazy right now. So, what Im trying to do is just continue that pressure and just show people its more in tune. And I just cant wait for them to get this album, and I cant wait for them to get the projects after this album. Its just a lot going on with me. Its a lot that I gotta untuck. Its a lot that I gotta say. Check out more from XXLs Winter 2020 issue including our DaBaby cover story an introduction to DaBaby's Billion Dollar Baby Entertainment label roster an interview with South Coast Music Group founder Arnold Taylor, who discovered and signed DaBaby one of King Von's last interviews The Kid Laroi's move from rookie rapper to streaming success how the coronavirus changed hip-hop our interview with actress, writer and producer Issa Raeabout her label Raedio, Marshmellotalks about rappers he wants to work with and more. See Photos of XXL Magazine's Winter 2020 Cover Shoot With DaBaby Filed Under