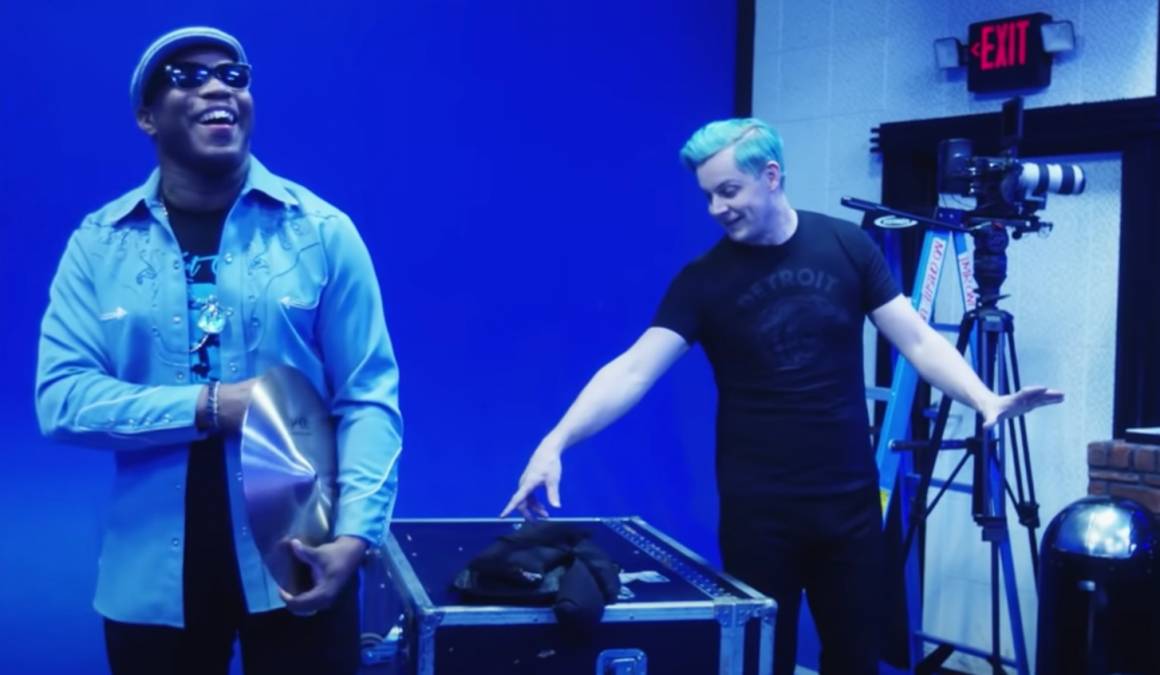 During a recent phone interview with HipHopDX, Daru Jones talked about bonding with Jack White over their shared love of golden era Hip Hop, his experience working with Pete Rock

June 18, 2022 HipHopDX: Yeah, people probably assumed he was going to be listening to Led Zeppelin, folk music and shit. Daru Jones: No, we literally listening to that along with rock and roll, obviously, before we were going on stage. It really made me felt at home. I felt like I didnt have to come change my vibe. You know what Im saying? I feel like HipHopDX: You could be yourself. Daru Jones: Exactly. And then I felt like Jack brought me in because he wanted me to bring my Hip Hop background influence into his live show, which was a blessing. Its a blessing. So yeah, to answer your question, we definitely bonded over Hip Hop for sure. HipHopDX: I noticed your Kangol right away. Then the last song the DJ played was Sucker M.C.s by Run-DMC, and I thought, Mm-hmm, thats the song you want to come out to. Daru Jones: Yes. And you know what, too? Definitely my style and my whole vibe is definitely a representation of everything that influenced me from Hip Hop Im talking like the golden era, just from fashion, thats how I was introduced to Hip Hop. A lot of times, even like, LL COOL J and Run-DMC, I didnt really, really know about the content but I was just, as a kid, fascinated by how they looked. I was like, Yo, they look cool. View this post on Instagram A post shared by Daru Jones (@darujones) HipHopDX: Yeah, they looked cool as hell. Daru Jones: And Kangol just stuck out to me and Ive been a brand ambassador. Ive been a brand ambassador for Kangol for 10 years. HipHopDX: I had no idea. You look cool, too . The first time I saw Jack White play was in Omaha, and this is when Ikey Owens was still alive. Daru Jones: No way! HipHopDX: Id been working from a Starbucks downtown that day. I leave to go get some lunch or something and apparently Jack comes in right when I leave, and this is when I was trying to get an interview with him. I was so bummed, but then I get a note thats like, Guess what, Jack Whites doing a secret show at the candy shop. So we wound up seeing a really small, private show. Next time I saw him was at Red Rocks. Daru Jones: I was on that! I was on the Blunderbuss tour and at Red Rocks. HipHopDX: Oh you were? Daru Jones: Yeah, that was me. I didnt a mustache at a time. I changed my look. Yeah, that was me. I was on all the tours. HipHopDX: How was working with Pete Rock on Petestrumentals 3? Hes one of my favorite producers. He speaks very highly of you. Daru Jones: Before I did Petestrumentals, I did the Dont Smoke Rock project with Smoke DZA. They were having sample issue clearances, and thats how I started working with Pete for that project. I got recommended by Fat Gary, who was managing Pete Rock. I ended up getting some of the same musicians for The Soul Brothers, but it was a band called The Royal Farrows, which I put together with an artist by the name of Jamie Lidell, a London soul singer. But we were Jamie Lidells touring band of Royal Farrows. So we replay all the samples for that Dont Smoke Rock project. HipHopDX: Wow, I didnt even realize that. How was that experience? I assume you were a fan of CL Smooth and Pete Rock back in the day. Yeah, yeah. It was definitely a dream come true. He was definitely one of the people Ive always wanted to work with, me being a beat maker. too. And he was an influence of mine, too. It was surreal. But it was just cool for him to kind of have that respect already. I got introduced to him through Fat Gary, so it was already a level of respect. And we hand picked the musicians together for The Soul Brothers. But Pete, hes very meticulous. Hes very meticulous. HipHopDX: Is he a perfectionist in the studio? Daru Jones: Yes. Pete is just another level where even if you think you got it, you definitely HipHopDX: dont got it? Daru Jones: Yeah, but I can appreciate that because were team players. This is his ship, but we all help. You know what Im saying? We all help it be what it is. And hes a team player. Hes not selfish where he just wants everything to shine on him. He shines light on all of us individuals as a band. So it was definitely a cool experience. Pete is different . Subscribe to DX Newsletter Get The Most Important Stories Of The Day Straight To Your Inbox Thank You! Thank You! Thank You! Youre Far Too Kind To complete the subscription process, please click the link in the email we just sent you. Joining Newsletter