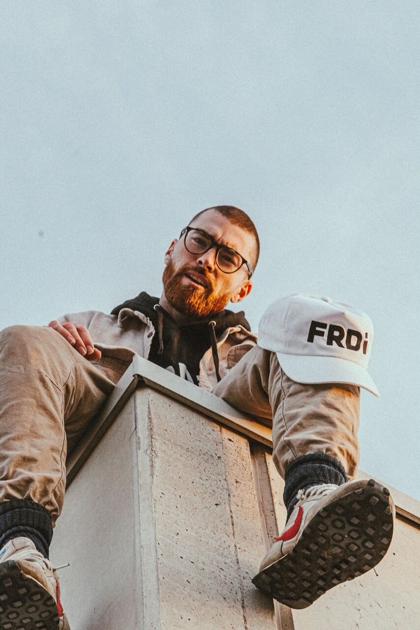 Nicolas Donovan, known by friends as Nic and by followers as Nic D, has recorded music everywhere recording studio, couch, the dining room table, a shed and the back

Success! An email has been sent to with a link to confirm list signup. Error! There was an error processing your request. Culpeper Times Weekly Newsletter Sign up for the latest news from the Culpeper Times! Please enter a valid email address. Sign up Manage your lists Nicolas Donovan, known by friends as Nic and by followers as Nic D, has recorded music everywhere recording studio, couch, the dining room table, a shed and the back of his van. With frequent releases and a huge social media following, the 29-year-old has no plans to slow down. Born in Fairfax, Donovan moved to Culpeper in middle school and plans to stay. When he was a member of Eastern View High Schools first graduating class, music was merely a hobby. Nothing serious. An outlet. I was just looking for something fun to do, he said. That hobby is quickly growing into a career as he has 150,000 Tik Tok followers, 60,000 on Instagram and 200,000 monthly Spotify listeners. Donovan classifies his music as being somewhat genre-less and kinda all over the place with styles including singer-songwriter, hip-hop, R&B. He previously released a song and music video every two weeks but now, citing seemingly shorter attention spans, prioritizes short-form social media content. A Christian, Donovan encourages people to listen to his words. My goal with my music is not to impress Christians. I would like to reach the farthest person away from God. I am making music that sounds like something they would sonically like to listen to, he said. Donovan, a self-described independent artist, always has a vision and a purpose for what and why he creates. I dont want to be assigned to a label. Its a volume game, he said. Every time you release a song a fan becomes a volunteer. I got 80 songs out in the last two years and one album. I am sitting on about 150 demos, which are songs that are completed and there for me to pick one, finish it and release it. I am a quantity type of guy drop music, create, create, create. Still, quality remains important. There has to be balance of quality in the content but Im a done is better than perfect kind of guy. You know, finish it and move on to the next thing, he said. Because quality is subjective anyways. No ones perfect, its up to you. Put it out there and let the market decide. If they like it, they like it, if they dont, theyll never listen to it again. Donovans philosophy centers around the FRDi (Feels Right Dont it) slogan that is printed on his hat, which he sells as merchandise. Its based off doing what feels right and not doing what doesnt. Trusting your gut. Thats kinda how I base all my decisions. Ive turned down a lot of label chances because they just didnt feel good in my gut, he said. Also a photographer and cinematographer, Donovan has owned and operated NuGen Media for a decade with his wife Amanda. Mainly a wedding photographer, the coronavirus pandemic slowed the business and provided him more time to create music. During the early months of the pandemic, Donovan set up a makeshift recording studio in the back of his van. Im a night owl. I write late and record late and my wife and son would go to bed. So, I couldnt be loud recording, he said. So I needed a new place and it was cold, so I turned the van on and recorded in the van. Initially, it was a tub full of merchandise that I set my computer on and eventually it was Im out here way too much. Needing to improve the makeshift studio, Donovan built a desk in the back of his van with a seat and added some LED lights. The van is still home to mini jam sessions, a phrase coined by Cakes, Donovans video producer and best friend. Most days, however, Donovan is found at his new studio in a building owned by Roque Castro, next to the firehouse in Culpeper. Donovan said he has never paid himself a dollar with his music income, with a goal of using that income for other things like growing his music. My goal last year was to get a million streams, collectively, a month for me to call myself full-time music. That was enough for me to be able to say, worse comes to worst my family could live off my music income, he said. Looking at where he is today Donovan said, I did all this in my free time. So if I go full time, and spend six or seven hours a day doing music, instead of just an hour, lets see how far we can take it. It can be a win. Donovan said he feels like I have about 10 years left in the creating side of it. In the creating side where people look at you and are still inspired by you and influenced by your decisions, said Donovan, who is excited to see where his music is going to go. I love it when younger people like my stuff because thats who, mainly, Im trying to talk to.