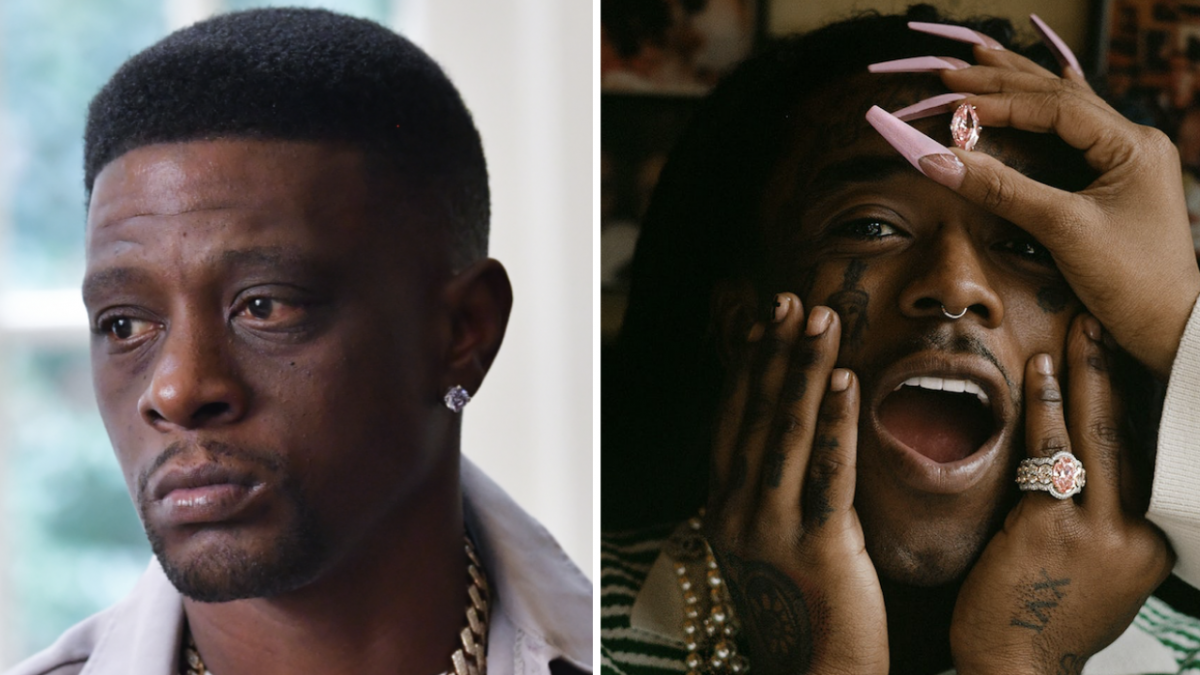 Boosie Badazz stopped by VladTV and explained how Uzi should've never spent the $24 million foolishly on the jewel if his net worth is really around $20 million.

$24 million pink gem he supposedly had implanted in his forehead earlier this year. Never one to mince his words, Boosie Badazzstopped by VladTVand explained how Uzi shouldve never spent the $24 million foolishly on the jewel if his net worth is really around the $20 million Vlad said. If you put a $24 million diamond on your forehead, you gotta have $250 million, Boosie said. I feel like if you didnt do that, that was a big waste. Theres too many peoples families who hurting to pull off shit like that if you aint really living like that. I dont know if he got it but if it was that way, if you spend $24 million on your family, everyone in your family should basically be living like you. If he got a net worth of $20 million and you spend $24 million on a diamond, then youre in debt. Wherever Vlad obtained the $20 million figure, its probably on the very low side when it comes to what Lil Uzi Verts net worth really is as a superstar rapper. The Philly native actually ditched the Fuschia diamondin recent clips and photos. Lil Uzi Vert enjoyed a nice date night in Miami for Memorial Day Weekend alongside his girlfriend JT with fellow rap couple Future and Dess Dior.