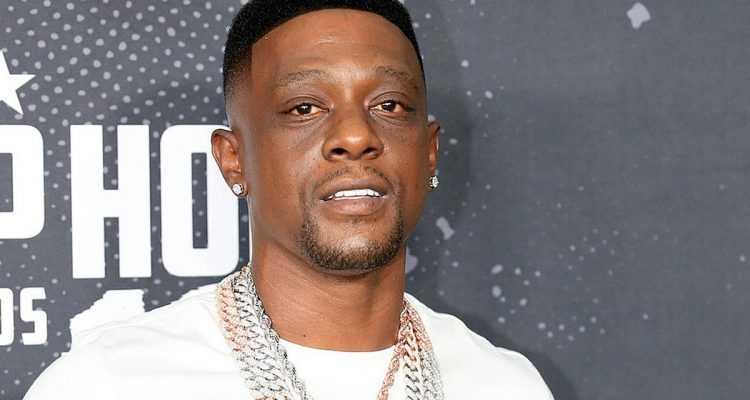 Lil Nas X took to his Instagram live to tell his fans about a collaboration with Boosie Badazz, whose reaction was not kind at all.

Hip Hop News | Trending Hip Hop Stories Lil Nas X took to his Instagram live to tell his fans about a collaboration with Boosie Badazz, whose reaction was not kind at all. The controversial rapper said to his fans, I been working on this song with Lil Boosie, bro. I have this song with Lil Boosie, gonna come out. This live recording began circulating on the internet and everyone took it as Lil Nas X Trolling again. Boosie Badazz took the joke differently, going on a homophobic Twitter rant suggesting the Old Town Road rapper commit suicide. Visit streaming.thesource.com for more information STOP TROLLING ME F LOL!! U A WHOLE B- PLAYING WITH A GANGSTA SMH U CAN KEEP SUCKING D N GETTIN FED N YOUR A N PEACE N #uhateyourself I WOULD TOO IF I WAS YOU LOL NASx IF YOU #commitsuicide YOU WOULD DO THIS WORLD A HUGE FAVOR NOBODY WANTS U HERE, Badazz tweeted . The Tweet has since been deleted for violating Twitters terms of service. Lil Nas X, who was recently honored as The Trevor Projects Suicide Prevention Advocate of the Year, was yet to respond to Boosie Badazz. Now trending on Twitter because of Boosies hateful comments, Lil Nas X instead used his platform to tweet i am truly saddened. i have never been so mortified in my life. i cant believe disney channel has yet to play halloween town this entire october. i am truly saddened. i have never been so mortified in my life. i cant believe disney channel has yet to play halloween town this entire october. MONTERO (@LilNasX) October 23, 2021 Discrimination around sexuality and gender identity is still very real, and our community deserves to feel supported and totally free to be themselves, Lil Nas X told listeners back in September when he was honored by the Trevor Project, which provides suicide prevention resources for LGBTQ+ youth and crisis interventions. I often get messages from fans telling me about their struggles with depression and suicidal thoughts, and it made me realize that this was something bigger than myself. If using my voice and expressing myself in my music can help even one kid out there who feels alone, then it was all worth it. Advertisement Boosie Badazz is known for speaking negatively about Lil Nas X several times over the past few months. In September, Lil Nas X stated the comments did not have any effect on him. I was listening to Boosie in the club the other day. I dont really care. Honestly, I wish they didnt say it, I guess, Lil Nas said of the Wipe Me Down rapper during an appearance on The Breakfast Club. But I like the music, Im gonna listen to the music. If somebody got beef with me, that doesnt mean I got beef with them. When asked if he would respond to the hateful messages, Lil Nas X stated, Only if I have something really witty. Lil Nas X seems unbothered by the constant remarks made by Boosie Badazz on social media. Boosie, on the other hand, had his Instagram removed several times this year. At the beginning of October, he was removed from upcoming tour dates following an onstage brawl, and the rapper spent a day in jail as a result.