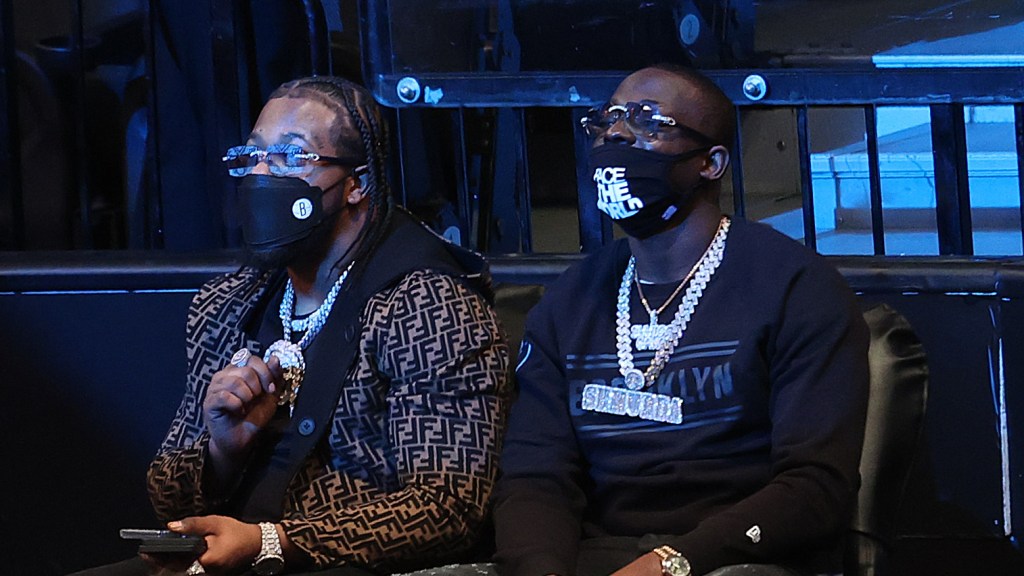 The Knicks and Nets are both trying hard to win over Bobby Shmurda.

Ajayi Browne March 17, 2021 12:04 pm Bobby Shmurda, a well-known rapper especially in New York, attended the Nets/Knicks crosstown tussle Monday night Shmurda recently got out of jail after seven years for conspiracy and criminal possession of weapon charges. The Nets welcomed him with VIP treatment for the game at Barclays Center. After the game, James Harden gifted Shmurda his jersey, signed after his 21 point, 15 assist, and 15 rebound game. The jersey will also be remembered for being worn during the first 15/15/15 game in Nets franchise history. Many believed Shmurda to be a Knicks fan for representing the team in his biggest hit to date. However, from the looks of it, he may not be. Amidst getting out of jail a couple weeks ago, Madison Square Garden put him on the billboard with hopes of strengthening their relationship but heres how Monday night went down: I think Bobby Shmurda has chosen who he will be siding with moving forward.