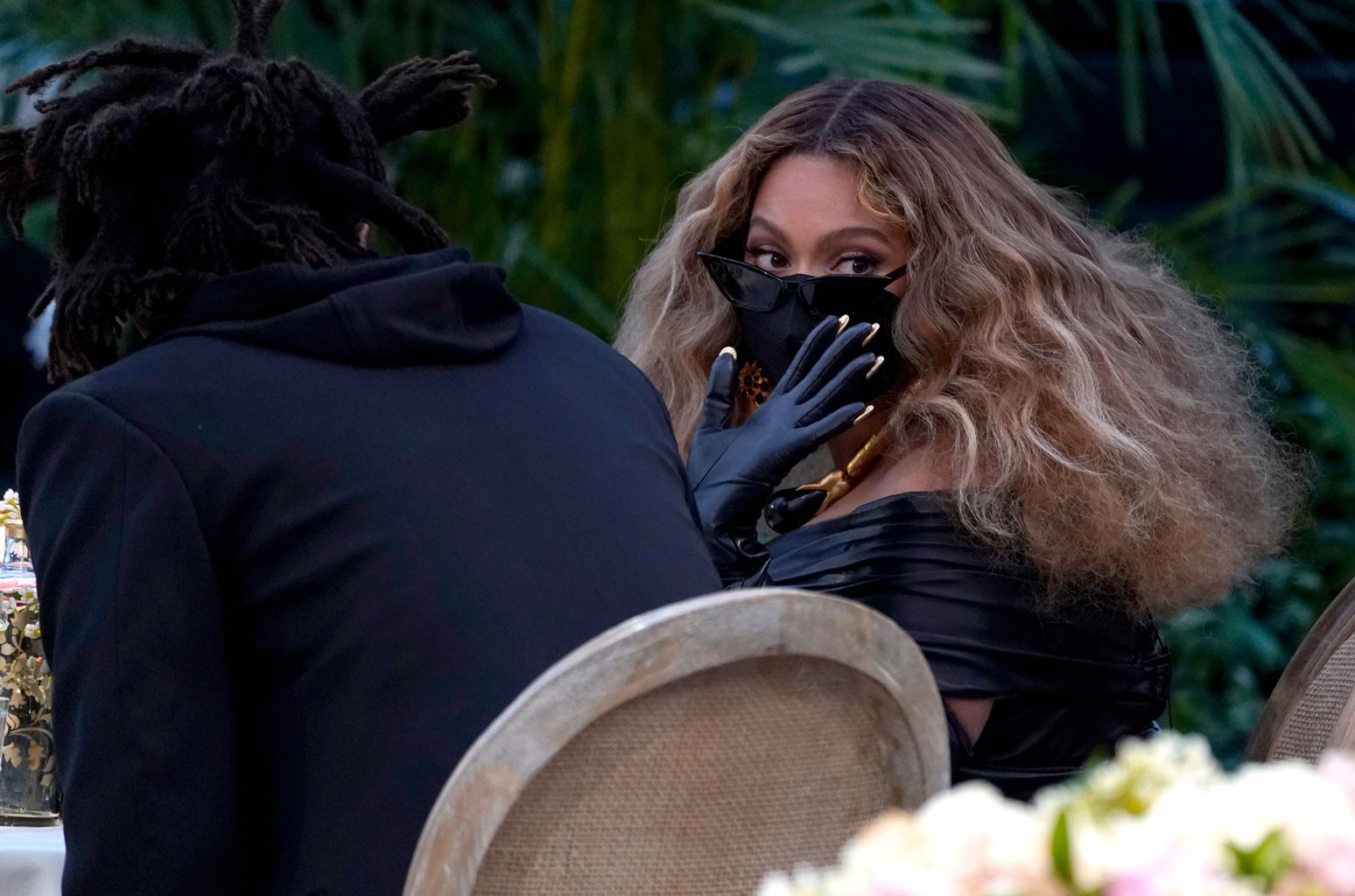 After making history at the Grammy Awards, Beyoncshared photos of some sweet moments and some close-up shots of her stunning second outfit on March 16.

Click to copy Chris Pizzello/AP/Shutterstock Beyonc appears in the audience at the 63rd annual Grammy Awards at the Los Angeles Convention Center on March 14, 2021. After making history at the Grammy Awards, shared photos of some sweet moments with husband Jay-Zand collaborator Megan Thee Stallionat the big ceremony on Tuesday (March 16). In the casual snaps posted in an Instagram gallery , Queen Bey -- who vaulted into a tie with Quincy Jones as the living person with the most Grammys when she notched her 28th awardon Sunday -- is draped in a floor-length, curve-hugging silver metal gown with a train and a matching veiled turban. In the first pic, Bey and Jay lean in to each other, with Hov looking awards-show casual chic in a black suit, a zip-up black shirt and dark shades. Another pic with the rapper shows her kissing the his cheek One shot reveals her tiered Lorraine Schwartz earrings featuring three hanging diamonds, followed by a full-body red carpet look, and a close-up of her mesh-covered face. Artists Mentioned