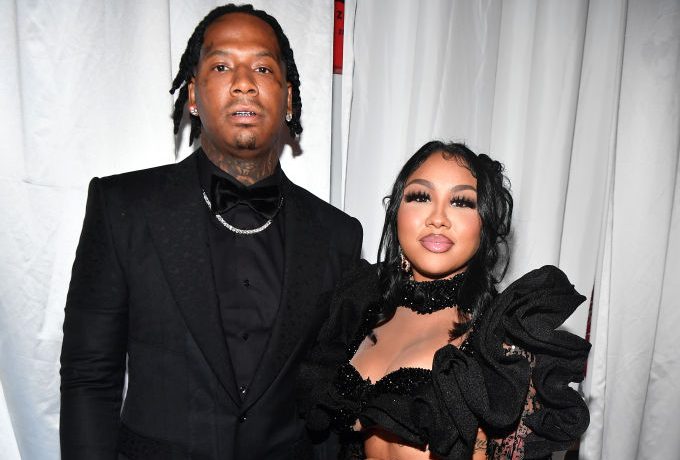 In the same video, the social media influencer confirmed that she was pregnant with Bagg's baby, but ultimately suffered a miscarriage.

Link Copied to Clipboard! Share this page In the same video, the social media influencer confirmed that she was pregnant with Baggs baby, but ultimately suffered a miscarriage. On the latest episode of Dinner with the Don, 27-year-old Ari Fletcher had plenty of rumours to address, and the mother of one didnt hesitate to get vulnerable when discussing everything from the current status of her relationship with Moneybagg Yo to the online gossip about her and DreamDolls alleged feud. While working on cooking an at-home KFC Bowl with her friend Tuson, he asked The Don, Are you single? LOS ANGELES, CALIFORNIA JUNE 26: Ari Fletcher attends the 2022 BET Awards at Microsoft Theater on June 26, 2022 in Los Angeles, California. (Photo by Aaron J. Thornton/Getty Images for BET) Ari promptly looked up at him and responded with, You know, Im in between jobs, with a shrug and a smile, earning a laugh from everyone in the room. While that comment didnt exactly answer the question, she would later reveal in the episode that she did, in fact, break up with her rapper boyfriend, although she didnt specify exactly why. I did break up with that motherf*cker, she confirmed while stirring ingredients together. Yes, I did! Yes, I did, because he had me f*cked up! she went on, although when asked if she plans to take her ex back, her friend chimed in and said, Who knows what the future gon hold. At the same time, Fletcher clarified that the reason for her and the Memphis-born rappers drama has nothing to do with any infidelity. That whole little thing, it wasnt about no cheating, it didnt have nothing to do with nobody else, she clarified. It was just between me and him.