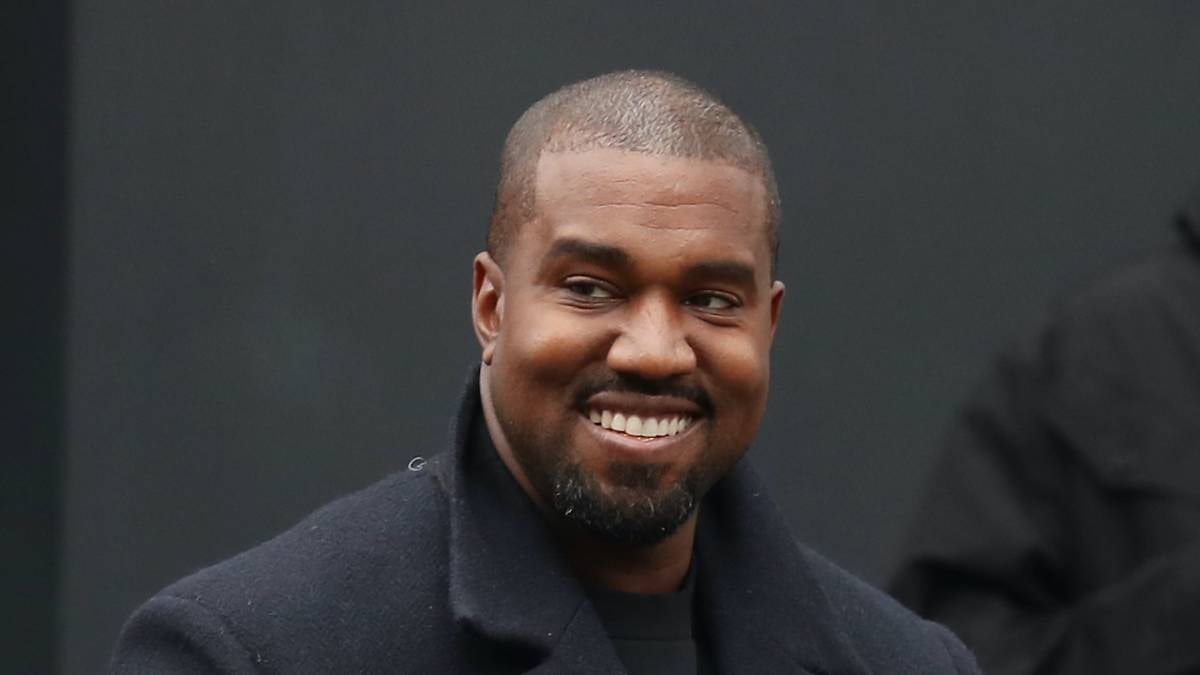 Kanye West is doing his best to keep his identity a secret while moving around Paris Fashion Week behind a custom Harley Davidson mask.