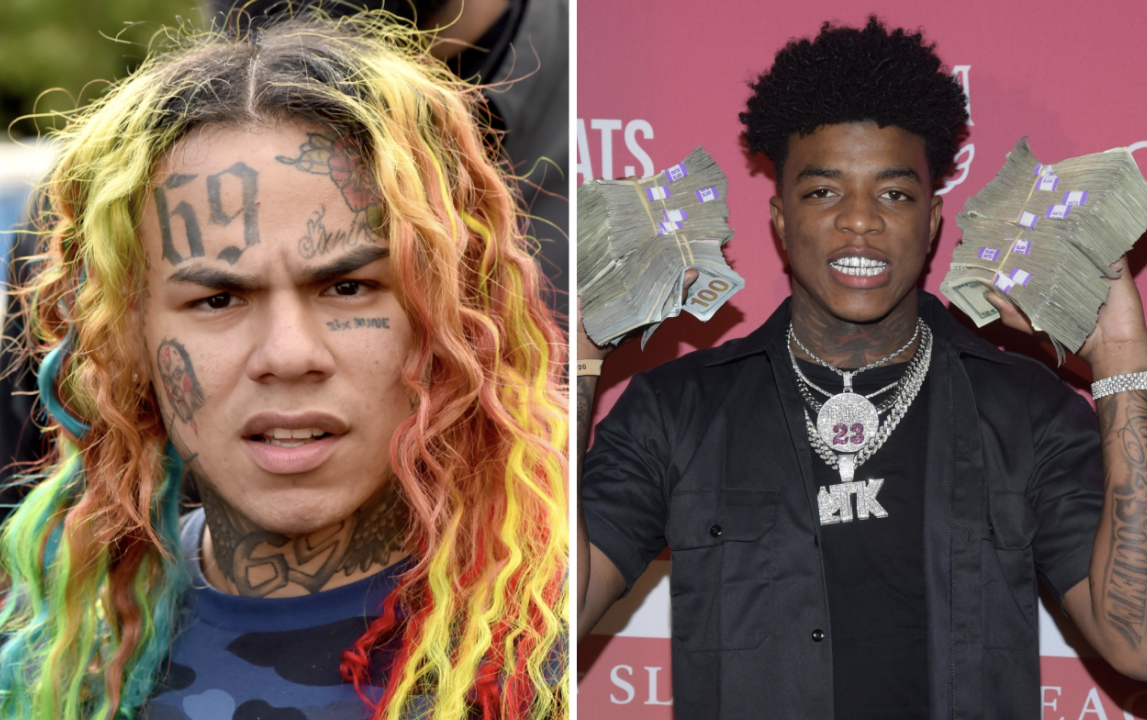 After performing at Trillerfest over the weekend, Tekashi hopped on a call with DJ Akademiks while he was live streaming and took some more shots at Yungeen Ace, who he claims was in attendance backstage but didn't have anything to say.

Kevin Mazur/Getty Images, Jason Kempin/Getty Images 6ix9ine Adds Yungeen Ace To His Beef List Following Florida Concert Claim Published on:May 5, 2021, 1:38 PM by 0 MIAMI, FL 6ix9inehas his sights set on reigniting another rap beef. After performing at Trillerfestover the weekend, Tekashi hopped on a call with DJ Akademiks while he was live streaming and took some shots at Yungeen Ace, who he claims was in attendance backstage but didnt have anything to say when he walked by. You wanna know something about Yungeen Ace, 6ix9ine began. Yungeen Ace was at my show yesterday. Fuck all that. Yungeen Ace was at my show yesterday. Street rappers were at my show yesterday. If they want the static, I was there. He was at the show. He was backstage, he seen me and everything. Ace called cap on the situation claiming he never came face-to-face with the rainbow-haired rapper, writing to Instagram, Mannn dis n-gga so cap bra wdf! View this post on Instagram Akademiks then got to work and dug up some photos of the Jacksonville rapper indeed at Trillerfest on Saturday (May 1), but that still doesnt mean he saw 6ix9ine. View this post on Instagram A post shared by DJ Akademiks (@akademiks) Ak continued to pepper 6ix9ine with questions about who he believed to be the most disrespectful rapper in the game He answered with Quando Rondo, who performed his first in-person show since the murder of King Von last week in front of about 50 people at Georgias The Vibe Event.