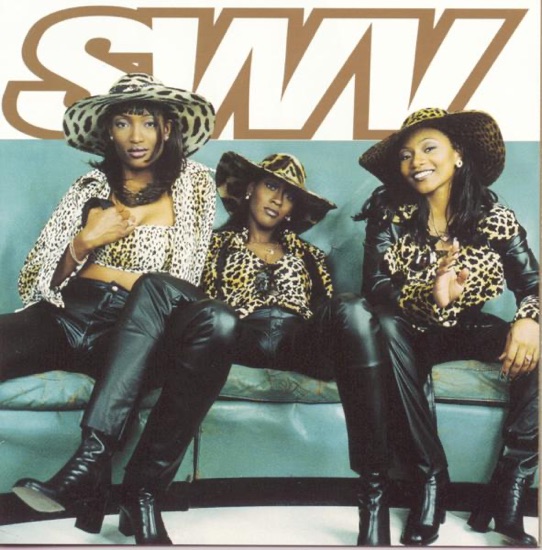 Their single "I'm So Into You" was featured on the hit PlayStation game "Grand Theft Auto: San Andreas."

Their debut album It's About Time (1992) went double-platinum during its first year of release.

Their 1994 release "Anything" was a collaboration with the Wu-Tang Clan.

A hugely successful trio with multiple number one hits throughout the '90s, SWV (Sisters With Voices) comprised Coko, Taj, and Lelee. Their 1992 debut It's About Time (produced by Teddy Riley) went double platinum on the strength of several chart-scorching singles and led to award nominations from the Grammys, AMAs, and The Source. A remix EP followed and soon went Gold. Their second proper album New Beginning dropped in '96, and their third LP features collaborations with an array of superstar rappers including Puff Daddy, Redman, Lil' Kim, Snoop Dogg, and E-40. The trio released a Christmas album in '97 and broke up in '98. A greatest hits package appeared in '99, as did Coko's solo album Hot Coko.